All Access Production recently announced that top K-pop idols are set to perform in another big K-pop show called “2017 ONE K Global Peace Concert” in Manila to be held on March 2, 2017 at the SM Mall of Asia Arena in Pasay City. 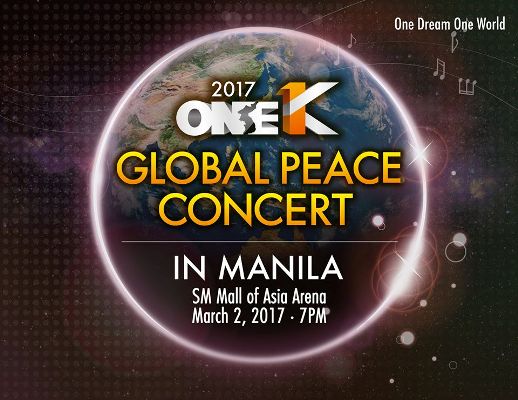 The Philippine-based producer revealed the first five artists to perform at the concert, including K-pop boy groups: B1A4, BAP, BTOB, SHINee, and CNBLUE, together with the K-pop girl group: AOA and solo artist PSY.

This event is organized by One K Media Group, KBS Media, 9ENT and All Access Production.

Buy your tickets now via smtickets.com! For updates, please visit All Access Production.

What: 2017 ONE K Global Peace Concert