Be part of Run United Exceed 2017 on April 2, 2017 at BGC, spearheaded by ActiveHealth , and co-presented by Tag Heuer. It will be a standalone race this 2017 and separate from the RunRio trilogy. 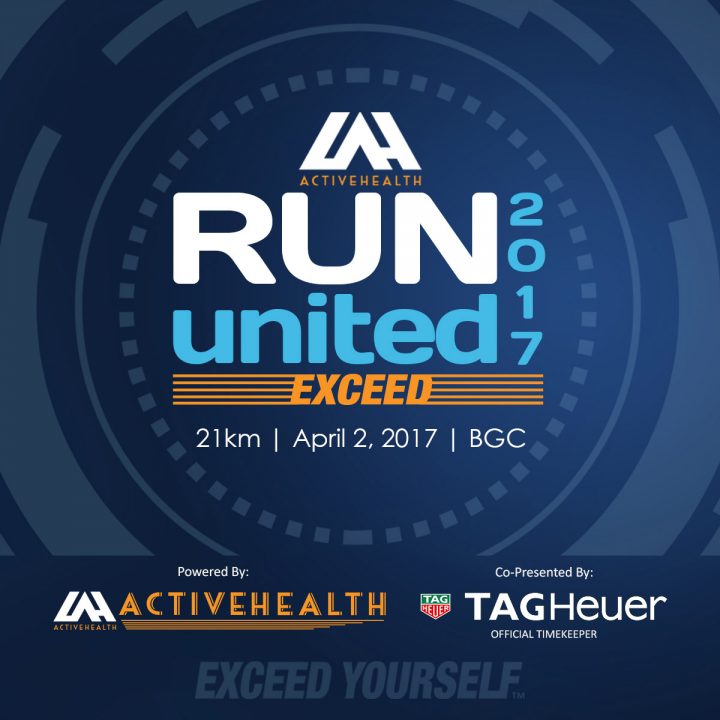 Exceed gives an exclusive medal for sub 2.5 hours’ finishers, and FREE UNDER ARMOUR shoes to the top 15 runners with a negative split – And to keep runners motivated, the course will be lined with cheer stations in key locations, to help boost participants’ moral.