This February 18, join a guided tour of the Shadow Forest: Encounters and Explorations exhibition to be followed by a conversation with exhibiting artist Ronald Ventura, as he discusses his creative process and his works, spanning his early years as an artist to his continuously maturing and explorative present. 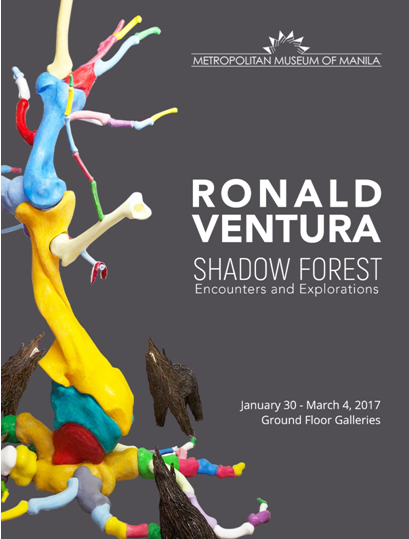 Ventura is one of Southeast Asia’s leading contemporary artists. His long list of awards include the Thirteen Artists Award from the Cultural Center of the Philippines in 2003, the Ateneo Art Award in 2005, and the Award of Excellence in the 9th OITA Asian Sculpture Exhibition Open Competition (Japan) in 2008. He has also participated in art residencies in Sydney and Singapore.

Prior to Shadow Forest: Encounters and Explorations, Ventura held a solo exhibition at the Museum of Contemporary Art in Taipei, Taiwan in 2016. The artist currently works and lives in Manila.