Edutainment, a combination of education and entertainment – this is what SmartKids Asia Philippines’ aims to give the Filipino families on January 28-29, 2017 at the SMX Convention Center, Pasay City. 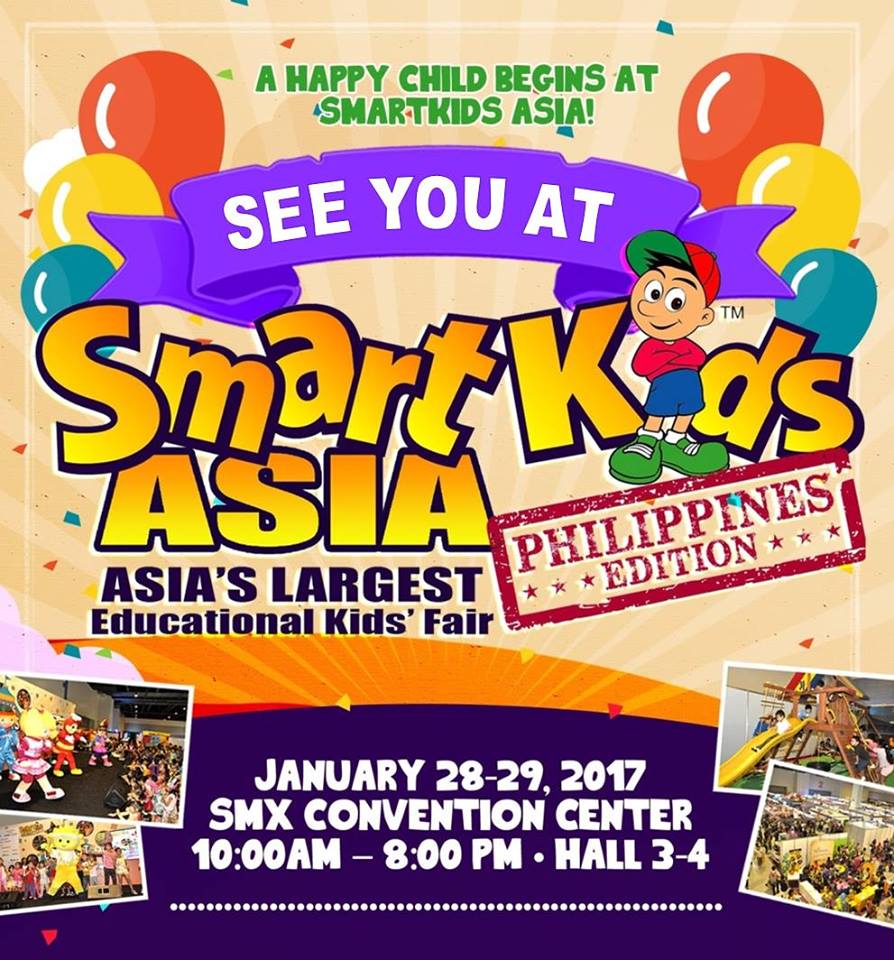 After a successful two-year run, the Asia’s Largest Educational Kids’ Fair is returning for another educational stimulation and mind expanding fun. SmartKids Asia also aims to help parents and guardians discover the inner potential of their kids; whether in music, numbers, sport, culinary arts, and other activities.

This family-oriented event should definitely not be missed. So parents, bring your kids and experience family-centric exhibits, demonstrations and product booths in the event.