The American Women’s Club of the Philippines (AWCP) has released the schedule of its monthly bazaar for everyone to look out for, especially to those who want to buy high-quality, hand-crafted goods just within the metro.

For this month, the AWCP Bazaar will be held on January 17, 2017 at the SMX Convention Center in Pasay City. 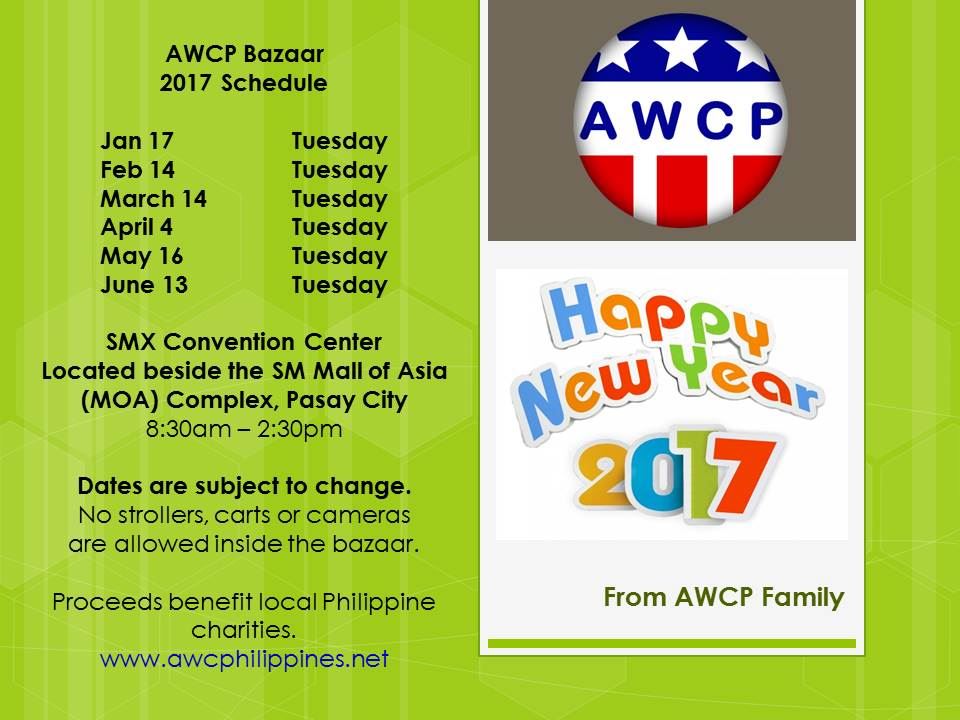 This bazaar will feature more than 300 merchants from all over the Philippines who will sell high-quality, hand-crafted goods such as jewelries, woodworking products, themed art works, clothing and accessories, skin care products,  seasonal and special holiday items, and local cuisine.

Mark your calendars now and start your new year with new items, at the same time, help local charities in the Philippines with the proceeds from the event.

For those who want to be volunteers, please visit awcphilippines.net for more information.