The Filipinos are known for being a religious and a very festive bunch. No matter what time it is, no matter where in the world they are, they always find a way to celebrate and to show everyone how bright and colourful their culture is. Januaries in the Philippines have always been one of those festive months – where fiestas and festivals happen in various points in the country, may it be inside or outside the metro.

Here are the festivals happening all over the country this January: 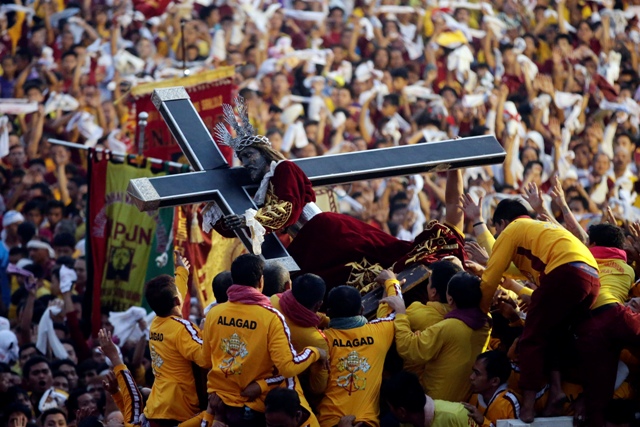 During the 9th of January every year, devotees flock to Quiapo in Manila to be a part of the yearly procession of the replica of the Black Nazarene – a statue of Jesus Christ suffering under the weight of the cross. The original statue was brought to the country from Mexico in the 1600s and is believed to bring miracles to the people.

The procession of the Black Nazarene is also called the Translacion, a Spanish word which means “to transfer” as the devotees transfer the replica of Jesus Christ from its original home in Rizal Park to where it’s currently at today, in the Quiapo Church. Thousands – even millions – of devotees take part in this tradition, in the hopes that they will receive a miracle once they are able to touch the wooden statue, or even just the rope that the people use to navigate the Black Nazarene’s float. 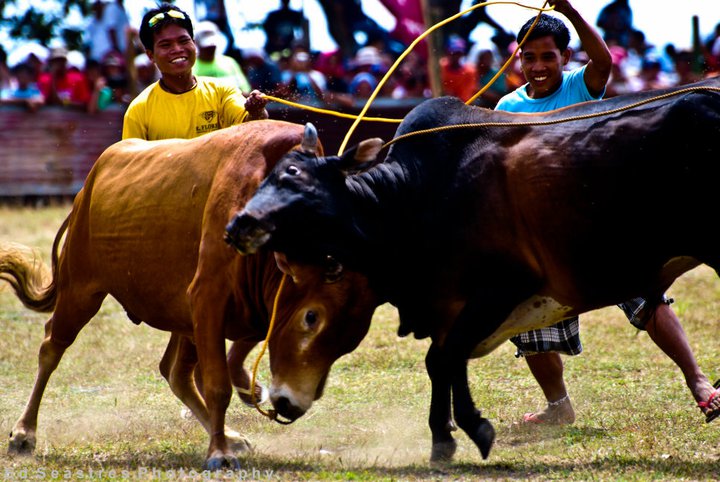 Celebrated on the 15th of January in San Joaquin, Iloilo is the Pasungay Festival. Locals in the area always strive to watch the annual Pahibag (horse fight) and Pasungay (bull fight) at the San Joaquin Sports Stadium from 9AM onwards. People who want to watch the yearly event are advised to arrive in the stadium early so as to get the best seats in the house. Horses and bulls take part in the festival, and are rewarded for their skills in defeating their opponents. Unlike the bull fights which happen in Southern America and in other countries, the pahibag and pasungay is less ferocious as no animal is killed or harmed in these games.

The festival is said to have started way back during the Spanish era, and was brought back in the 1970s and seen as something that’s important and cultural for today. 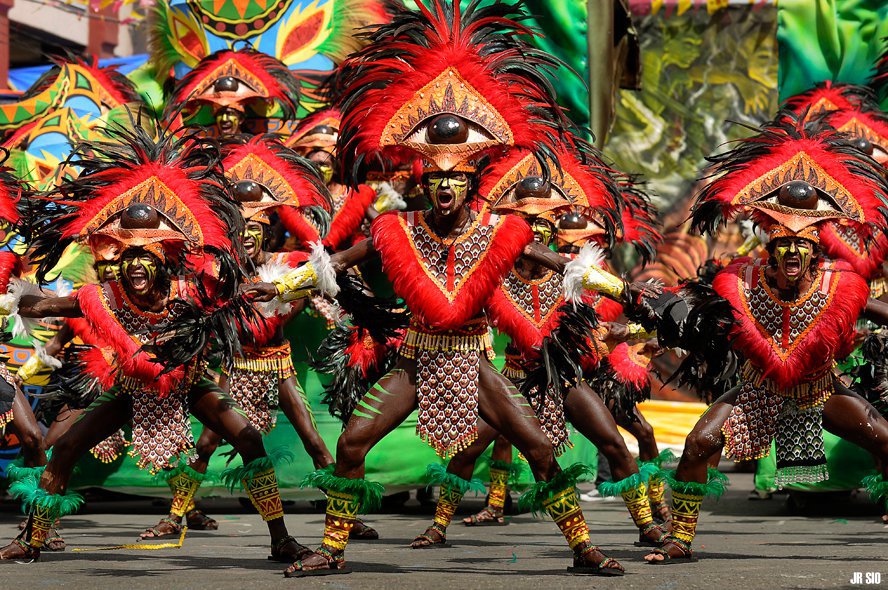 The Ati-Atihan Festival in Kalibo is celebrated during the third week of January to honor the Santo Nino, a representation of the baby Jesus. It is known for its eccentric and colourful vibe, costumes, and dances which just keeps on getting better year after year. The festival welcomes both the religious and the non-religious folks as it is not only a celebration of religion, but also of culture and of the beauty that the place has to offer.

From the start to the day, visitors are assured to have a good time since there’s always something going on from left to right. The Ati-Atihan festival lasts for a week, and culminates on the third Sunday of the month. One of the most famous chants heard once you are in the crowd? “Hala bira!”

The Sinulog Festival, which is known to be the grandest festival in the country, is held on the third Sunday of January to celebrate the locals’ acceptance of Christianity. Just like the Ati-Atihan Festival, it is also a celebration of the Santo Nino, a statue of which was given to the Rajah of Cebu by Ferdinand Magellan when they accepted the religion.

This festival lasts for 9 days, and culminates with the Sinulog Grand Parade, usually attended by local and foreign tourists. Those who are not able to fly to Cebu to witness the spectacle may still watch the event since, for the past 3 years, the event was live broadcasted and webcasted. 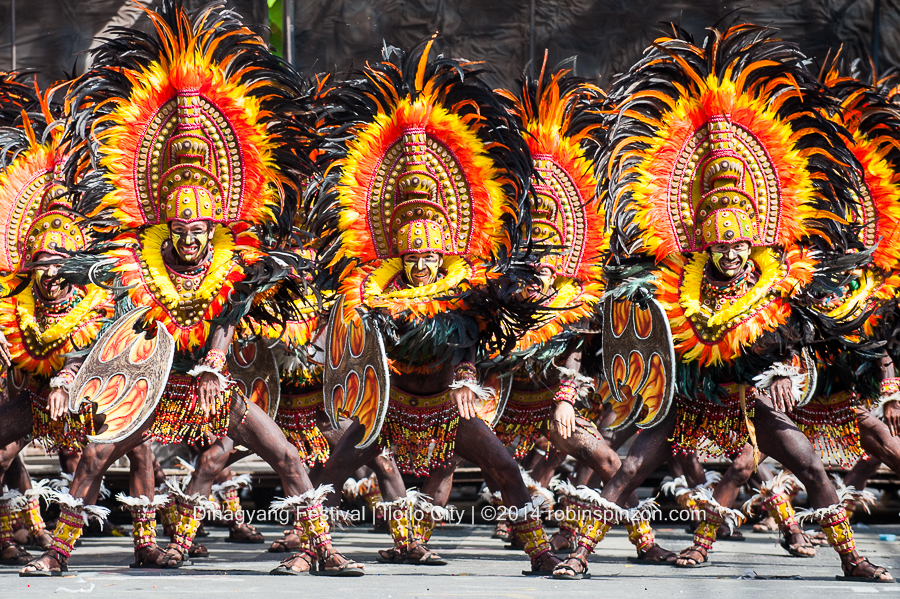 Happening on the third week of January, this festival is Iloilo’s version of the Ati-Atihan. The word “dinagyang” is an Iloilo term for merrymaking and revelry. It started in the year 1967, when the image of Santo Nino was brought to Iloilo City from Cebu City. It was in 1976 that the revelry and the festivities were brought to the streets – people started to dance on the streets, letting go of their inhibitions just to show the place’s religious and festive culture.

Aside from the flamboyant costumes and traditional dances, people may also visit the various exhibitions in the City Hall to watch everything that’s going on. 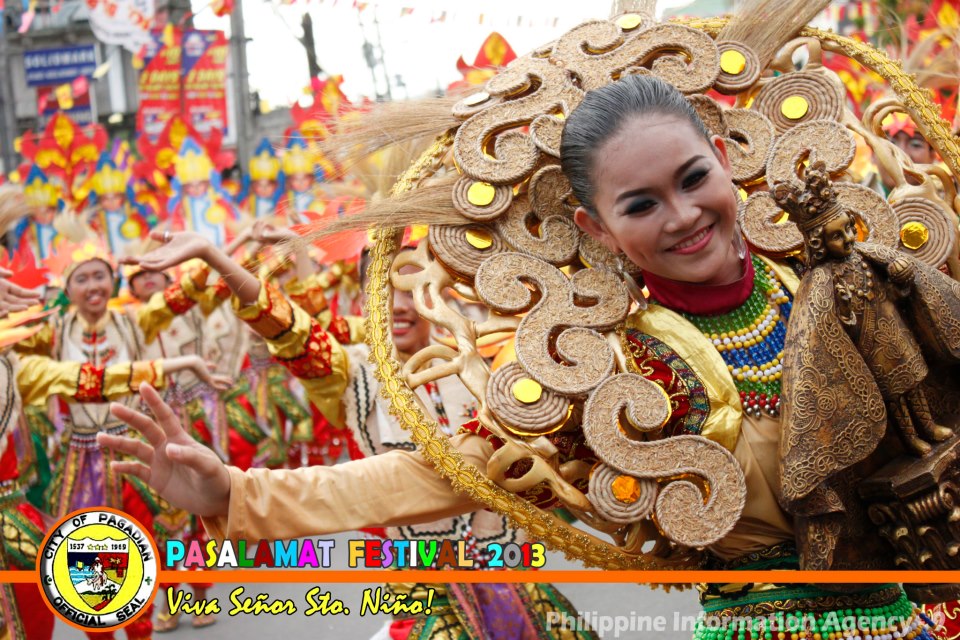 Also known as the “Pesalamat Festival,” Zambulawan is held every third Sunday  of January to celebrate the founding anniversary of Pagadian City. It highlights and showcases the culture of the Subanon tribe through various events and revelries. It also features tribal dances, ethnic songs, and tribal musical instruments to celebrate the Subanons’ heritage.