Fans of Rock icon Basti Artadi of Filipino rock band, Wolfgang, will have a chance to hear his songs live during his benefit concert on December 9, 2016 at Music Museum, Greenhills Shopping Center in San Juan City. 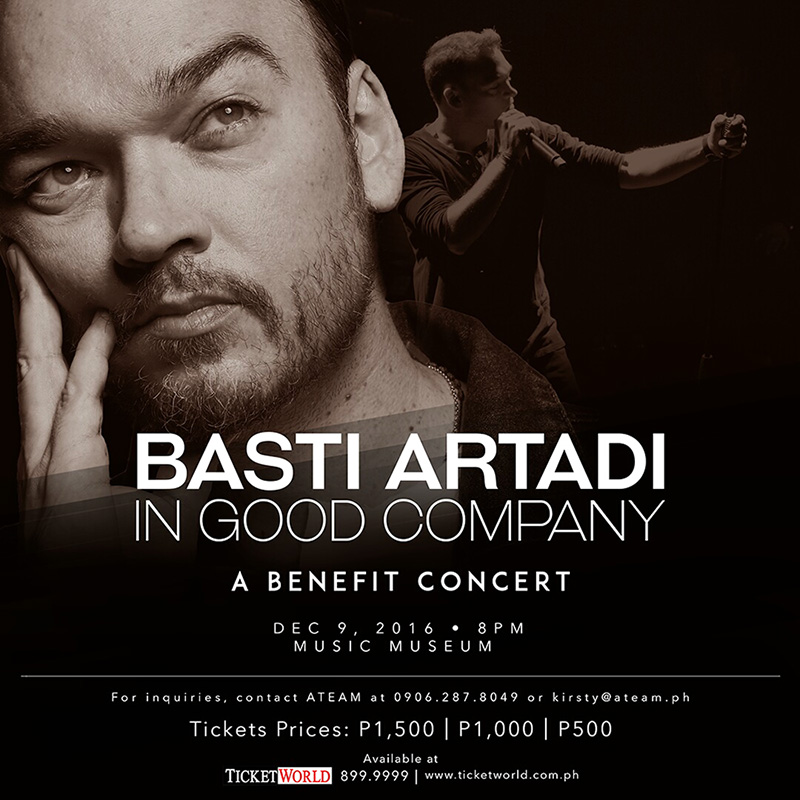 Basti Artadi in Good Company: A Benefit Concert is an event where audience can witness a more somber side of Artadi’s rock persona, dishing out songs that have a personal meaning to his life in the past and the present.

This benefit concert will assist him in his rehabilitation after his operation. In 2009, he was diagnosed with a medical condition called Schwannoma, a benign tumor at the nerve sheath. Nevertheless, he did not let this stop his music.

What: Basti Artadi in Good Company: A Benefit Concert