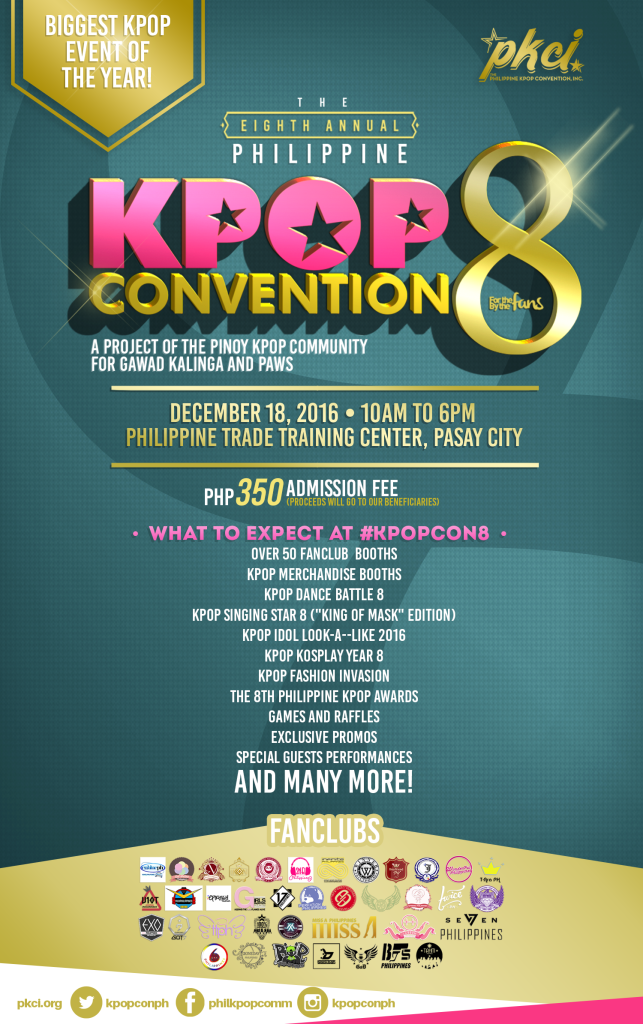 The longest-running KPOP convention is set to happen on December 18, 2016 at at the Philippine Trade and Training Center in Pasay City

The 8th KPOP Convention is happening on December 18, 2016 at the Philippine Trade and Training Center in Pasay City. Now on its 8th year, #KPOPCON8 continues to be the biggest gathering of all KPOP enthusiasts in the country! This much anticipated event is where everyone gets to watch awesome performances, buy merchandise, socialize with fellow fans, and freely spazz to their heart’s content! Also, the 8th KPOP Convention is also supporting Gawad Kalinga, Philippine Animal Welfare Society (PAWS) and PKCI’s Student scholars as their continuing beneficiaries.

Over 50 fan clubs as well as K-Pop merchandise booths, raffles, games, contests, and special guests performances will highlight the event. Admission ticket is priced at PHP 350. Ticket selling information are yet to be announced.

Mark your calendars and make sure you become part of Philippine KPOP history once again.

Where: Philippine Trade and Training Center in Pasay City