‘Armin Only Embrace World Tour’ in Manila this November

Party all night with the world renowned DJ and electronic producer, Armin van Buuren, by watching “Armin Only Embrace World Tour” on November 25, 2016 at the Mall of Asia Arena in Pasay City. 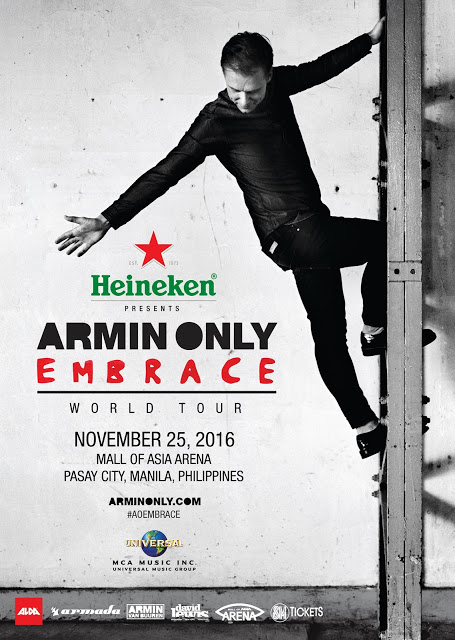 Enjoy a 5-hour-long experience of live performances, dance acts, visuals, special effects brought by the 5-time No.1 DJ in the world. Buuren, together with his team, will bring the audience to a next-level experience completely new to the dance scene.

According to smcinema.com, Buuren said that “a show like this has never been shown before. The rehearsal process for this show lasted three   weeks. This is the first time people will experience such a trance event, it’s unique.”

Don’t miss this chance to attend a large-scale rock show of non-stop dance music and witness No. 1 DJ Buuren end the night with a special vinyl hour.

What: Armin Only Embrace World Tour in Manila