‘50 Shades! The Musical Parody’ in Manila this December

Steam up your holiday season from a sexy but hilarious show –50 Shades! The Musical Parody—on December 15-17, 2016 at the Music Museum in Greenhills, San Juan. 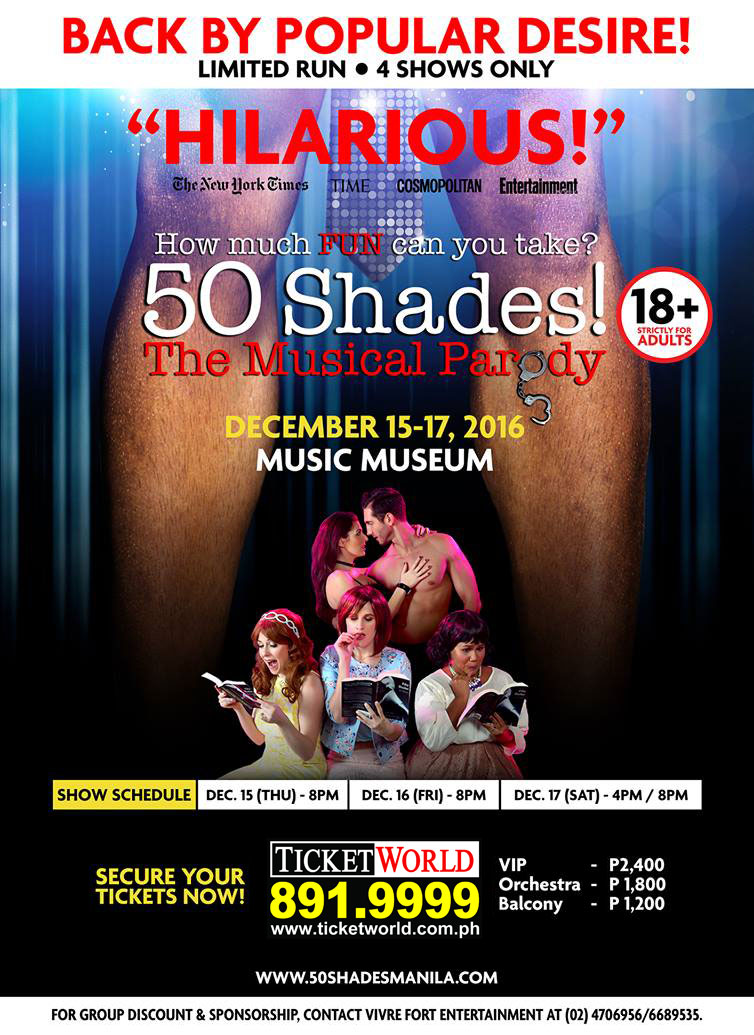 This is a limited 4-show event that will make the audience look forward to a night of fun. The musical is based on the best-selling novel, Fifty Shades of Grey, written by British author E.L. James.

The show starts with a scene of a ladies book club deciding to read the novel. Through their hilarious interpretations, the audience will definitely be in for a roller coaster ride of entertainment.

The 50 Shades The Musical Parody will also feature dance numbers and 11 original songs including “How Much Can I Take?”, “I Don’t Make Love”, and “There’s a Hole Inside of Me.”

Don’t miss this chance to let your “inner goddess” out and enjoy 50 Shades The Musical Parody with your friends. Take note that this show is only for audience aged 18 years old and above.

Photography and Video Recording are also prohibited. All electronic devices (cell phones, smart phones, tablets, digital cameras) must be turned off before entering the seating area, while cameras with detachable lens are not allowed into the building.

50 SHADES! The Musical Parody is not associated with, endorsed or authorized by E.L. James or Vintage Books.

What: 50 Shades! The Musical Parody