K-pop boy group Monsta X is set to meet their Filipino fans for their first Asia fan meeting on November 27, 2016 at the SM North EDSA Skydome in Quezon City. 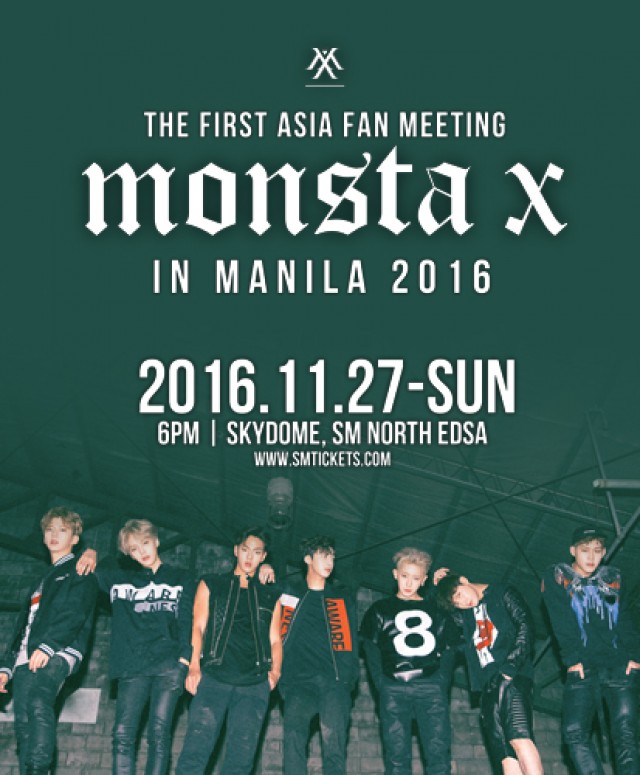 While being in the industry for less than two years, this group has already broken records and gained a large fan base worldwide. In fact, its 2nd mini-album—Rush—ranked no. 1 on the Hanteo Chart in Korea, while its 3rd mini-album—The Clan Part 1: Lost—ranked no. 5 on the Billboard World Charts.

Monsta X also received the “Next Generation Asian Artist Award” during the 2015 MNET Asian Music Awards. The boys’ popularity was proven after their music video “All In” surpassed 1 Million views on YouTube within 24 hours, and topped the Hanteo Charts in Korea and the US & Japanese iTunes’s K-Pop Charts.

Don’t miss this chance to hear Monsta X members sing and rap their popular songs—“Stuck,” “All in,” “Hero,” “Trespass” and “Rush”—and to watch their electrifying dance moves this November.

Buy your tickets now via smtickets.com.