Japanese math rock band toe is set to come back to the Philippines for the third time to hold a concert on November 27, 2016 at SM Aura Premier in Taguig City. 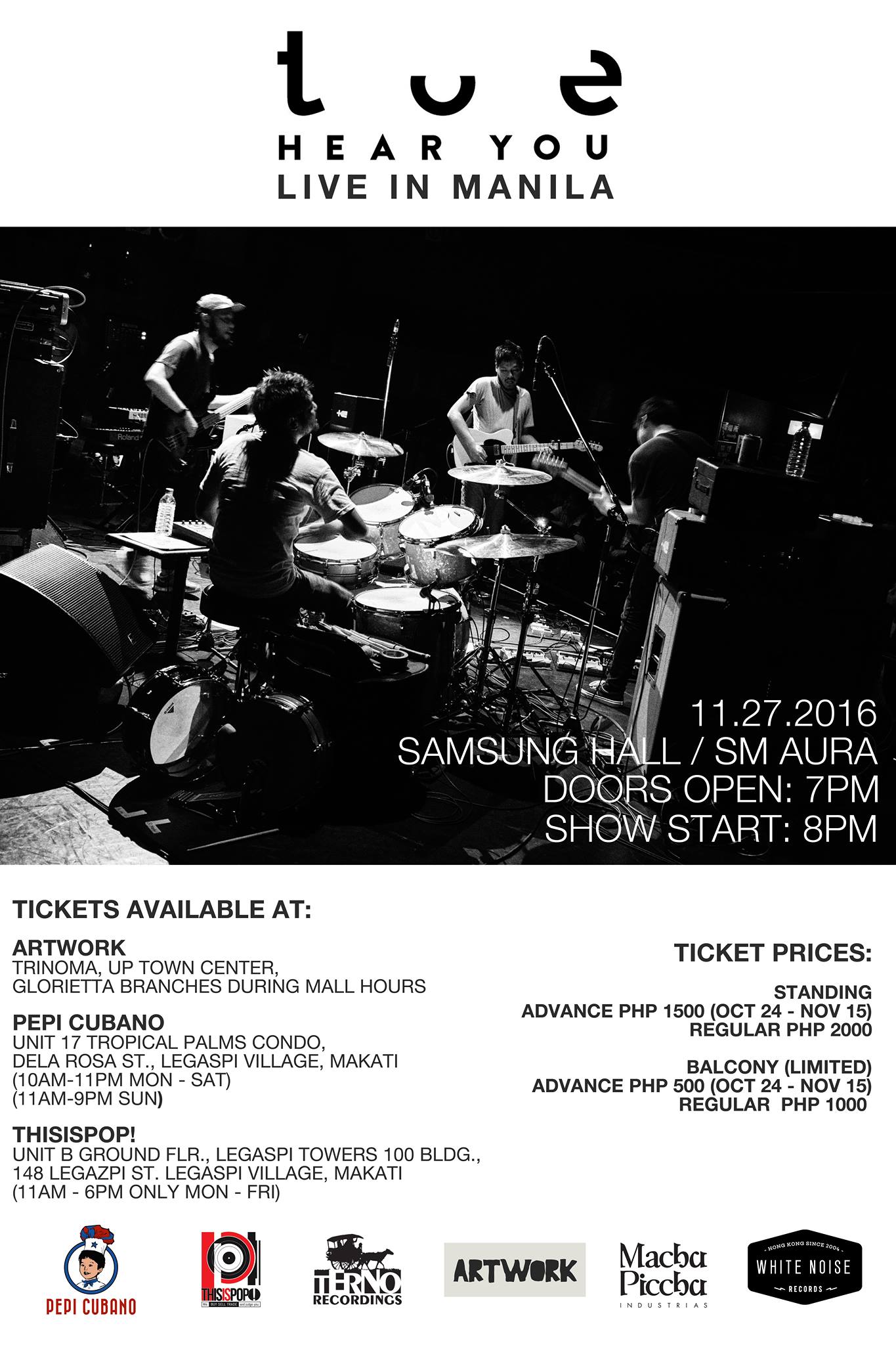 The four-member band chose Manila as the first stop of their 2015 album, “Hear You,” Asia Tour.  Back in 2012, toe first visited Manila and received a great feedback by having a sold-out concert with more than 1,500 attendees. A year after, the members came back for their Southeast Asia tour to promote their EP, “The Future is Now.”

What: toe Live in Manila