Presented by Wilbros Live, Bryan Adams is finally coming to Manila this January 18, 2017 at the Smart Araneta Coliseum for his GET UP World tour.

Known for his raspy and strong signature vocals, Adams has been making musical history for more than 30 years and has sold more than 100 million records worldwide. He has churned out multiple chart-topping hits including Summer of 69, Heaven, Straight from the Heart, Cuts Like a Knife, Run To You, Please Forgive Me, All For Love, Have You Ever Really Loved a Woman, I Finally Found Someone, and (Everything I Do) I Do It For You – which holds the record for the longest run at number one in the charts in British music history. 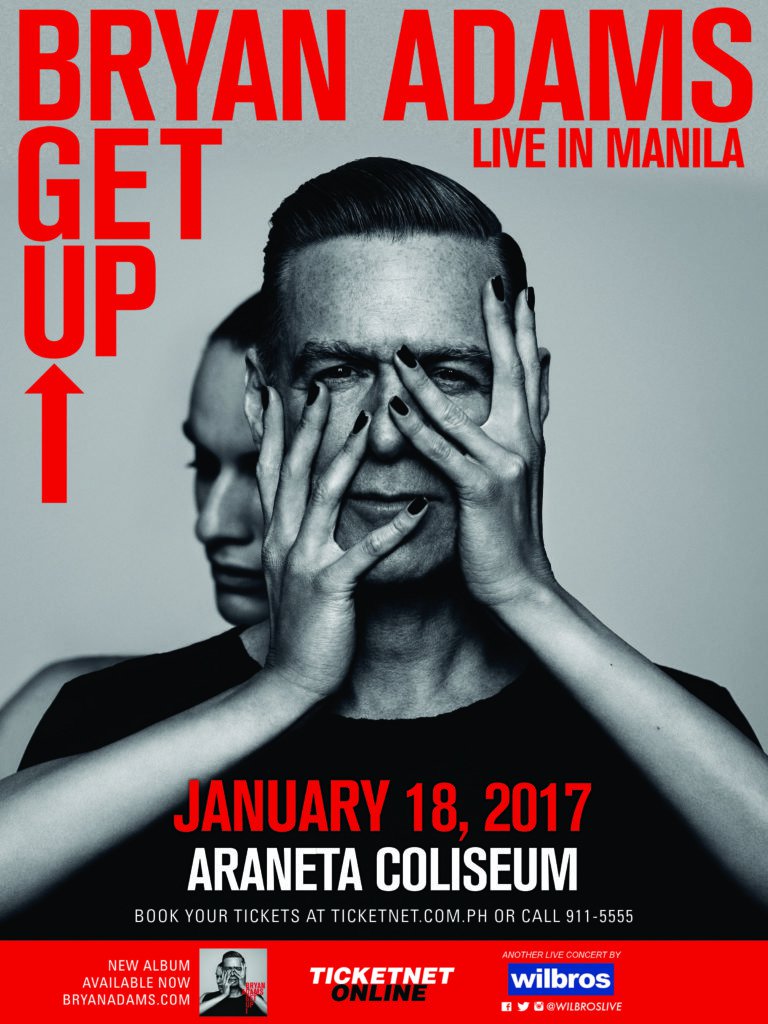 Tickets will be on-sale starting October 1 via TicketNet Outlets (Call 02-911-555) or online at ticketnet.com.ph

What: Bryan Adams GET UP World tour