Dancing has always been a part of every festival in the country. There’s one town, however, where the festival itself is rooted in dance: Calbayog City’s Sarakiki-Hadang Festival.

Held during the first week of September, this vibrant festival has its roots in the local term sarakiki. It’s best described as the frenzied movements of a rooster as it tries to court a hen or challenge another rooster to a fight. Hadang on the other hand is an olden day ritual done by locals as a tribute to the gods.

Dancing is a prominent part of the festival, with feature presentations filled with color, music, and a whole lot of dancing. This year’s festival features a Hiphop Dance competition and an Acrobatic show on September 3 and 7 respectively.

The festival ends with a bang on September 8 with the city fiesta. 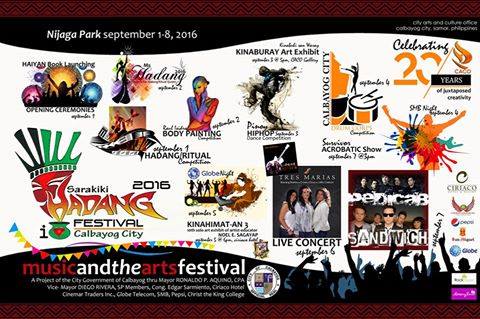 You can also visit the Calbayog Journal Facebook page for the latest updates on the Sarakiki-Hadang Festival.