One of Japan’s leading contemporary printmaker, Tetsuya Noda, will have an exhibit of his works at the Ayala Museum from July 26 to August 28, 2016. 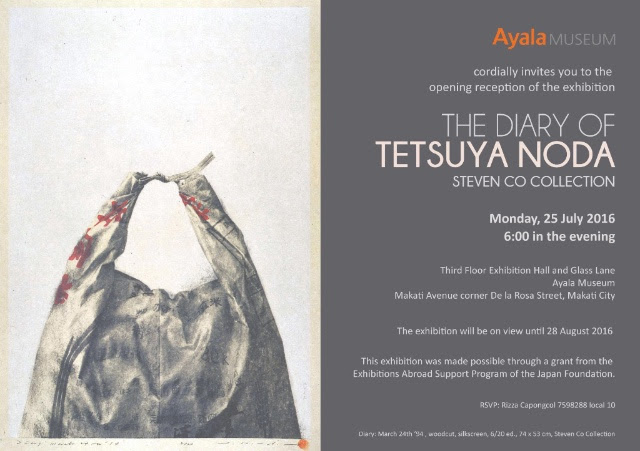 Through a grant awarded by the Japan Foundation, the show entitled The Diary of Tesuya Noda: Steven Co Collection will feature works from Noda’s Diary Series which is a visual account of his personal life. Noda is known for his combination of techniques from Japanese woodblock printing, photography, and silkscreen printing, which won the Grand Prize in the Tokyo International Print Biennale in 1968. Noda started the Diary Project in the 1960s, which have already been featured in other countries such as in US and London.

Tetsuya Noda is scheduled to hold an artist talk in Ayala Museum on Tuesday, July 26, 2016, at 3:00 pm. Get the chance to witness Noda and his signature artistic and autobiographical project here in the Philippines! See more details below.

What: The diary of Tetsuya Noda: Steven Co Collection