Get ready to run vertically at Kerry Sports’ Vertical Run 2016 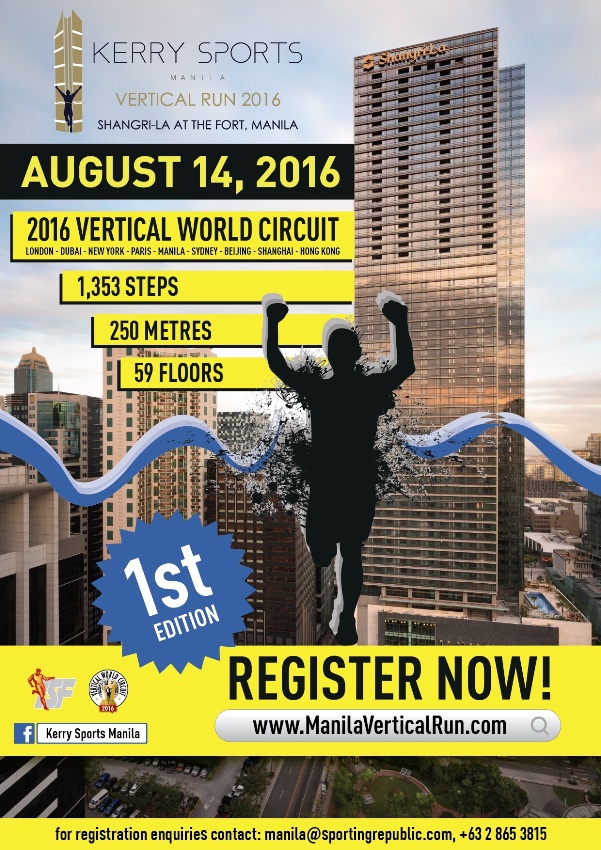 Dust off those running shoes and get ready for a different kind of run at Kerry Sports Manila’s Vertical Run 2016 happening at one of the highest and newest structure in the metro, Shangri-La at the Fort on August 14, 2016. As part of the 2016 Vertical World Circuit, that will be happening across the globe that will include a stop in Manila, Kerry Sports has decided to hold the first ever Vertical Run in the country.

This race will challenge the calves of the runners by going up 59 floors of the Shangri-La at the Fort building. The choice of going solo or by team that involves four runners with the registration fees of P1,500 and P6,000 respectively, is entirely up to you. Register now and get an early bird rate. Are you up for the challenge?

Where:
Shangri-La at The Fort, Bonifacio Global City, Taguig