Singer-songwriter Ogie Alcasid is back in the concert scene with his latest concert, Ayokong Tumanda at the Music Museum. 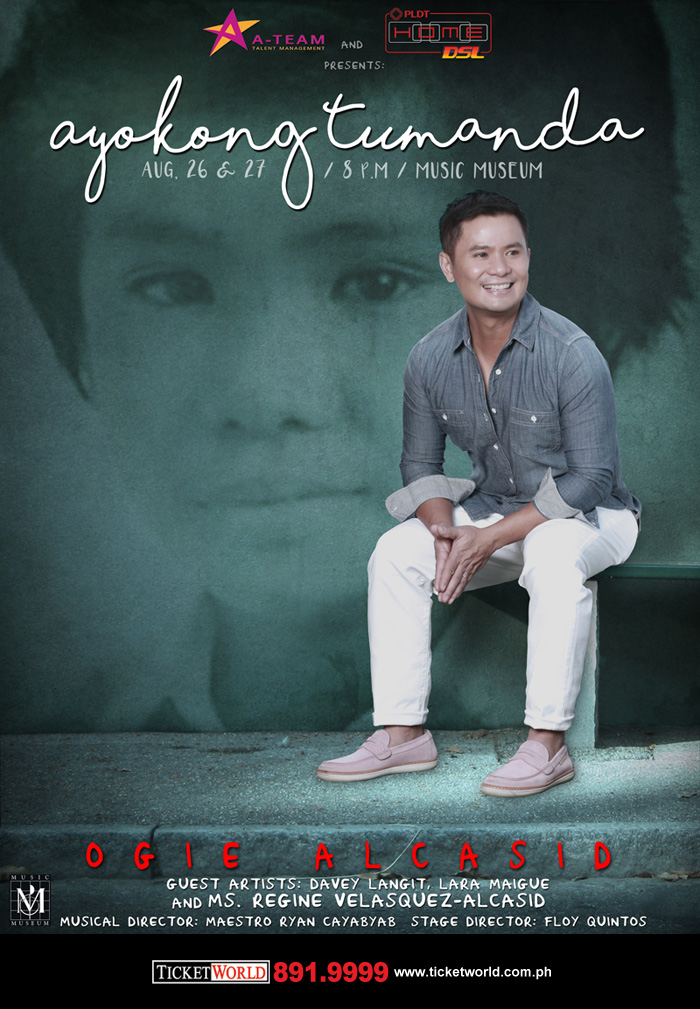 Alcasid will be accompanied by Davey Langit, who won the Best Song Award at the recent Himig Handog P-Pop Love Songs, Philpop 2013 finalist Lara Maigue, and his wife, Regine Velasquez-Alcasid.

Alcasid has yet to talk about what songs will be included in the concert, but what we know for sure is that it will be in great hands thanks to the musical direction of Maestro Ryan Cayabyab.

Catch Ayokong Tumanda on August 26 and 27, 8 p.m., at the Music Museum, Greenhills Shopping Center, San Juan City. You can get your tickets from TicketWorld for as low as P824.