Get ready Mayday Parade fans because your favorite American Rock band is coming to Manila on October 15 at the Samsung Hall, SM Aura Primer! Debuted in 2007, the band released their A Lesson in Romantics album, and joined the Vans Warped Tour that gave them their first UK appearance on the same year. With songs like “Anywhere but Here,” “Your Song,” “Jamie All Over” and “Kids in Love”, Mayday Parade will be touring across the USA, Asia and Europe this year. 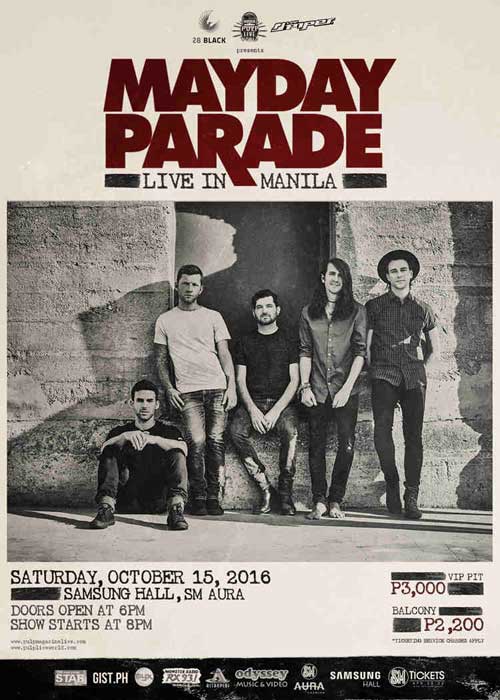 Ticketing details and pre-selling dates have yet to be announced, so stay tuned to their social media accounts for announcements regarding these. See you there!