Lucban is one of the more popular towns in the province of Quezon. Known for the Kamay ni Hesus Healing Church, the town will come to life once more as it celebrates its annual Pahiyas Festival, on May 15, 2016. 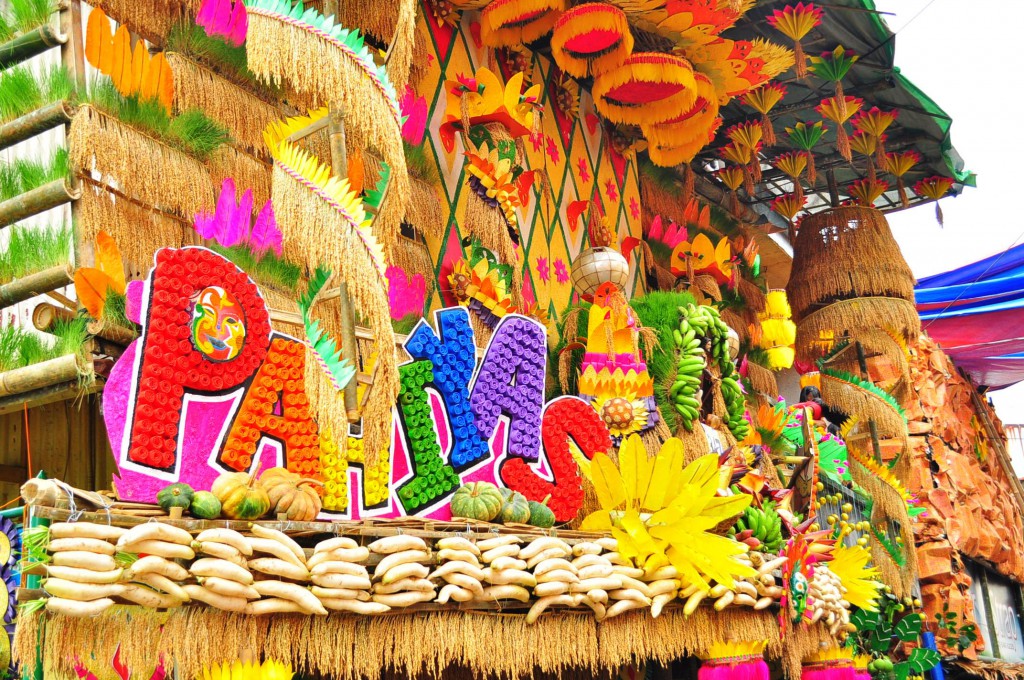 COLOR FOR DAYS. The Pahiyas Festival is definitely up there in terms of being colorful.

The Pahiyas Festival (originally known as the San Isidro Festival) has been around since the time of the Spanish colonization. Celebrated in honor of San Isidro Labrador (Saint Isidore), it used to be their way of celebrating a bountiful harvest, with the parish priest going around town to bless what the townsfolk have harvested. 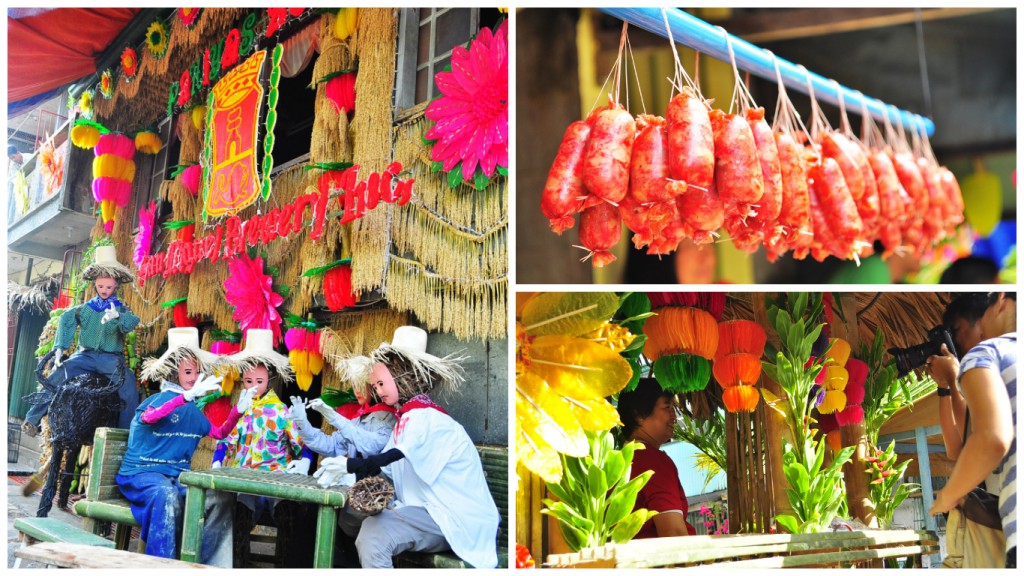 WHAT YOU’LL SEE. These are just some of the decorations you will see during Pahiyas: (Left) ANOK, a replica of a person made out of rice straw, coco coir, and saw dust; (Top right) Lucban longganisa, one of Lucban’s most popular products; (Bottom right) Kiping, the most recognizable edible decoration of Pahiyas.

Nowadays, it is one of the country’s most colorful festivals. A change in tradition was done during the 1970s, when the people of Lucban decided to decorate their houses with kiping (a thin, brightly-colored rice wafer made from rice paste), apart from the usual showcase of commercial products like hats, bags, and the ever-popular longganisa Lucban. 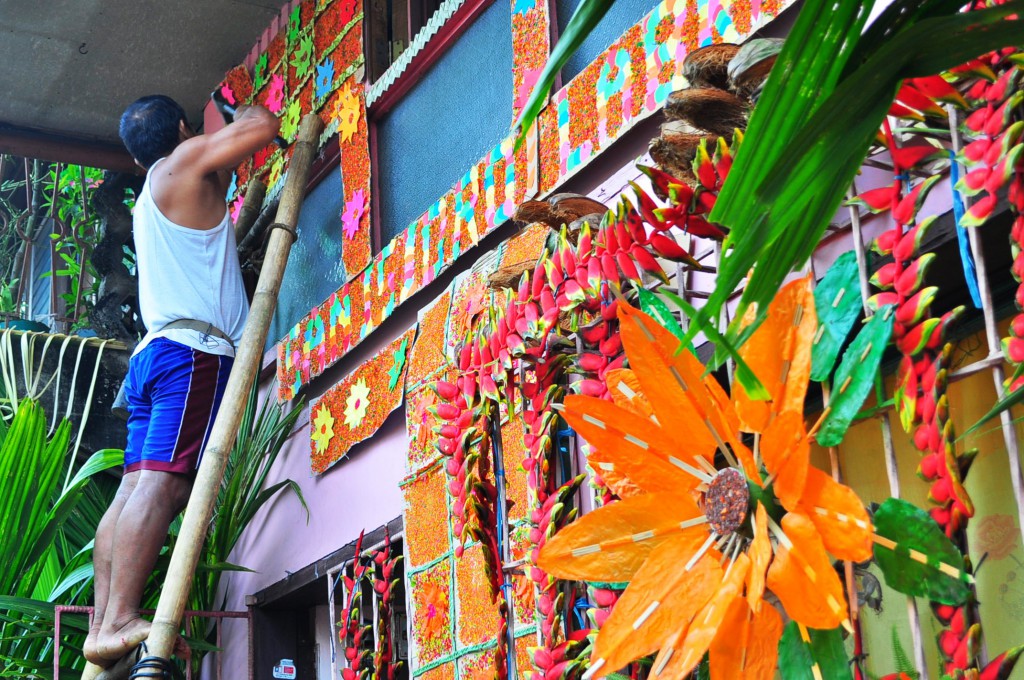 COLORFUL IS HARD WORK. Preparations for Pahiyas being at least a week before May 15.

The highlight of the festival has always been the Timpalak Pahiyas, where the Lucbanins compete to see who has the best-decorated house in town. Another highlight of the Pahiyas Festival is the San Isidro Labrador Procession. 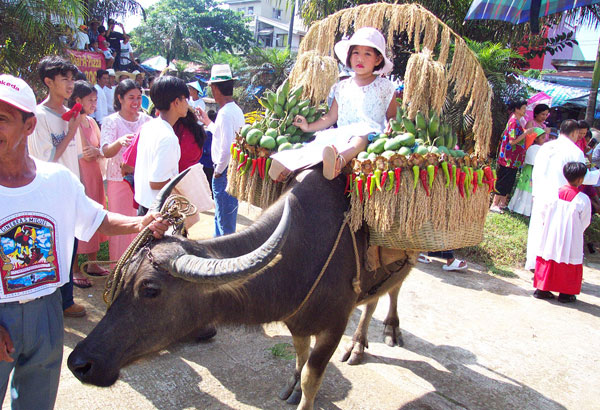 THE GRAND PARADE, or at least a part of it. Carabaos are a fixture in the parade since they are beasts of burden in the Philippines.

Make sure to stay put, though, as the celebrations only get better later in the day. The Grand Parade, which starts at 2 p.m., will feature floats, carabaos, and street dancers to liven up the festivities. The day ends with Timpalak Pahiyas Kutitap, where the best of the town’s light designs are showcased. Oh, and did we mention a fireworks diplay, as well as live bands?