The girl who ‘can’t keep her hands to herself,’ Selena Gomez is coming to Manila! 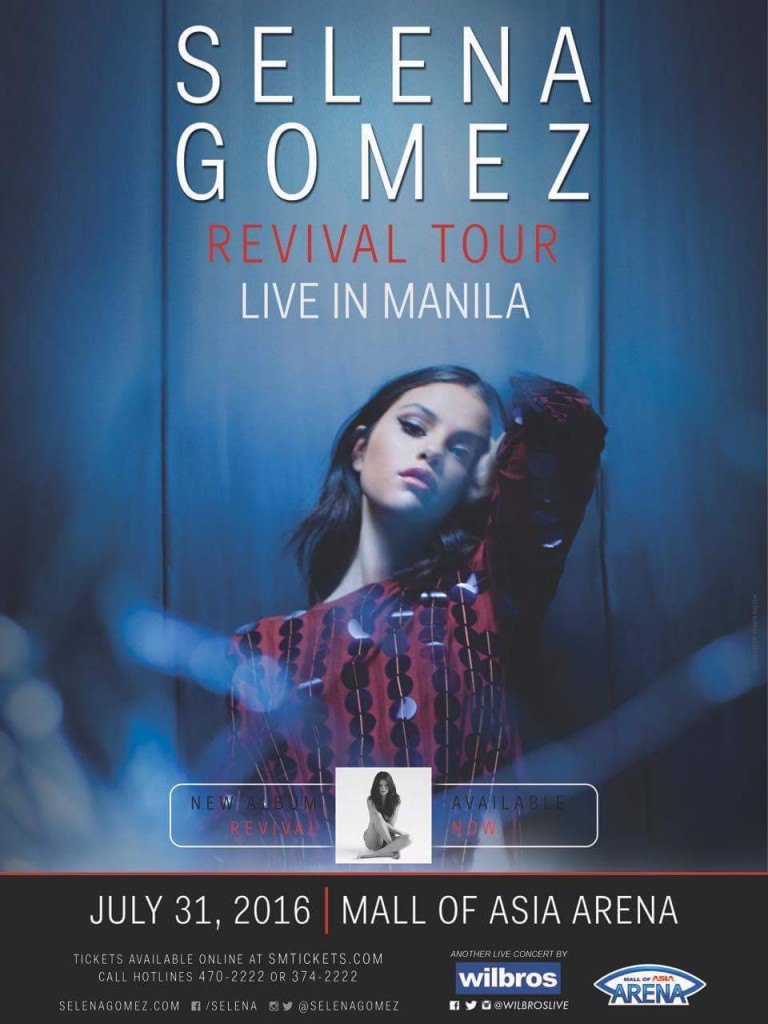 The 23-year old American pop singer is scheduled to have a concert in the Philippines this coming July 31st, 8:00 pm, at the Mall of Asia Arena. The former Disney star is doing her “Revival Tour” with stops from U.S.A. to Canada. This tour will begin on the 6th of May and may go past July on the dates. She is planning on a lot of shows, adding dates as she performs per concert.

With hits like “Same Old Love,” “Hands to Myself” and “Love Song,” Gomez will finally meet and return the love to her Filipino fans as she performs. She even expressed in an interview that she “loves her fans dearly,” which resulted to add Manila in her list of tour stops.