Are you ready? Are you all ready? Then let’s get it on because ONE Championship is happening in Manila once again. 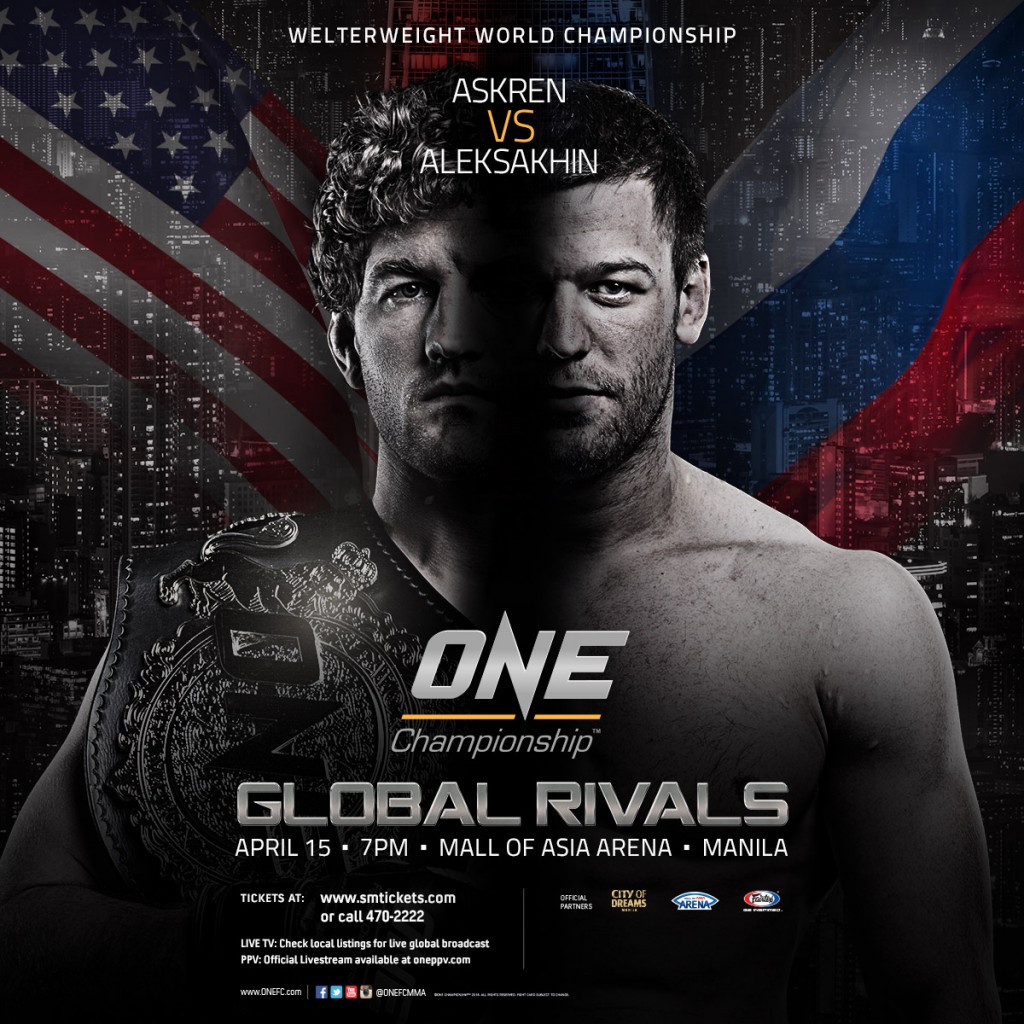 Asia’s largest mixed martial arts event is going back to Philippine soil to keep the Filipinos on the edge of their seats. To be held at the Mall of Asia Arena on April 15, 2016.

Featuring some Filipino athletes that are fighting in different divisions and bouts, One Championship will definitely worth coming to. In the Main Fight between Ben “Funky” Askre who is representing the United States and the current ONE Welterweight World Champion and Russia’s Nikolay Aleksakhin is what the people will be waiting for who will take home the championship.

Details:
What: One Championship
When: April 15, 2016; 7:00 pm
Where: Mall of Asia Arena, Pasay, Metro Manila
For more information and inquiries, you may contact SM Tickets:
Website: https://smtickets.com/events/view/4205
Tel No: 02-470-2222
Email: customercare@smtickets.com