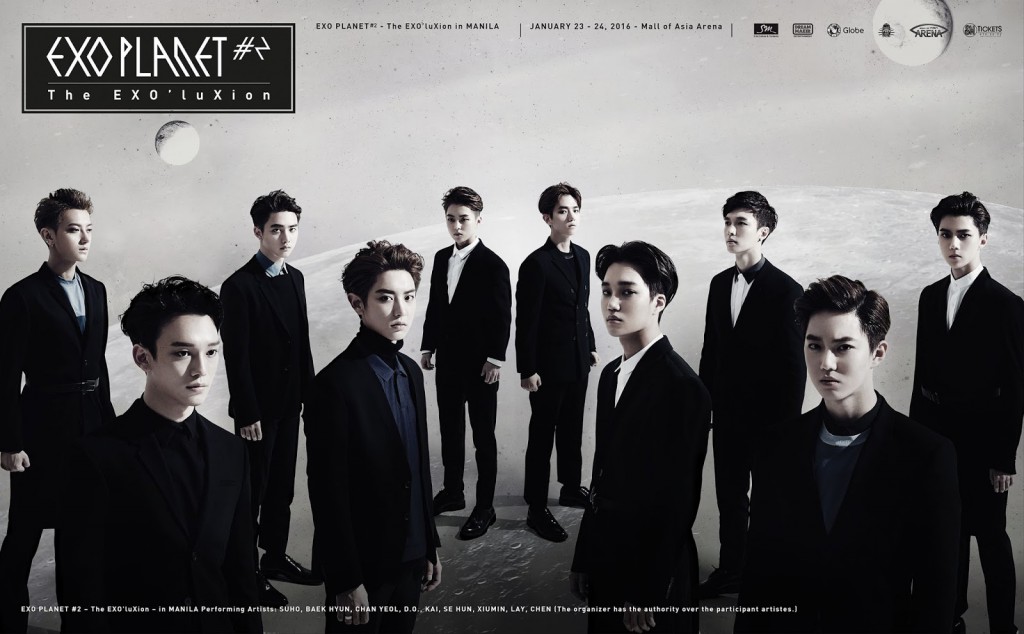 “Love Me Right”, “Call Me Baby”, “Growl” and “Wolf” — if these words are familiar to you, then you are indeed an EXO-L or a true and avid fan of the Korean boy group EXO. Under SM Entertainment that brought you K-Pop groups Girls Generation, Super Junior and SHINee, EXO is now set to have their first ever solo concert here in Manila. Unlike before, EXO will have the chance to have the stage all to themselves.

The EXO’luxion will supposedly  be a one night concert only on January 23 , but due to popular demand, the concert organizers, PULP Live Productions, has added another date, January 24, to the line up. The 10 member group boy band will be performing at the SM Mall of Asia Arena for both dates.