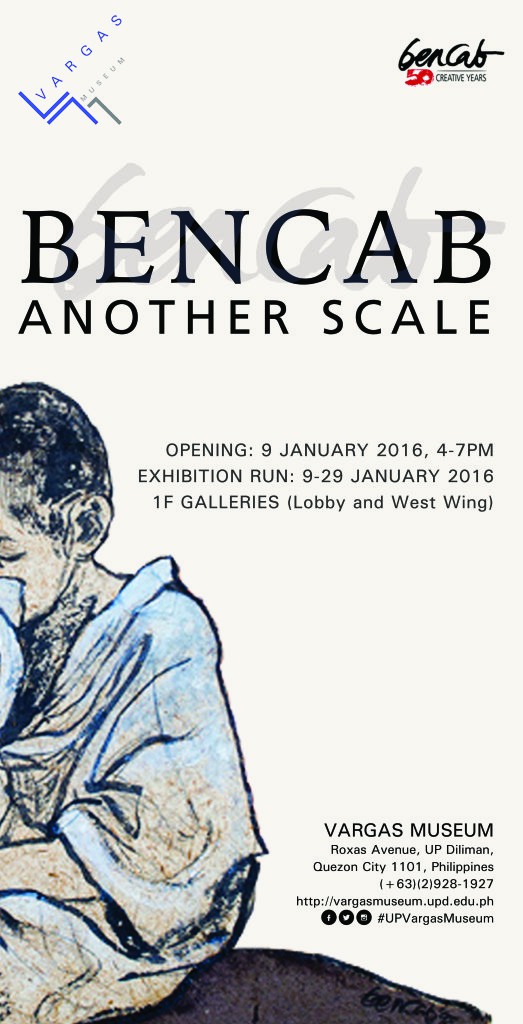 Take in and see the beautiful artworks of our National Artist, Benedicto “BENCAB” Cabrera in BenCab: Another Scale Exhibit. BenCab is known for having a unique and powerful concept as an artist, having his artworks speak for the present issues. This exhibit features Bencab’s recreation of his installation from a workshop on Urbanization in Bandung, Indonesia in 1998.

Benedicto Cabrera’s artworks currently on display at the BenCab Gallery, entitled: Bencab, Up Close and Personal

Displaying his artworks that portray the issues related to the environment, the Filipino culture, and urban life, this exhibit will be featured at the University of the Philippines, Diliman’s Vargas Museum, his alma mater’s museum. The opening will be on January 9, 2016, 4 – 7 pm and the exhibit will run from January 9 – 27, 2016.