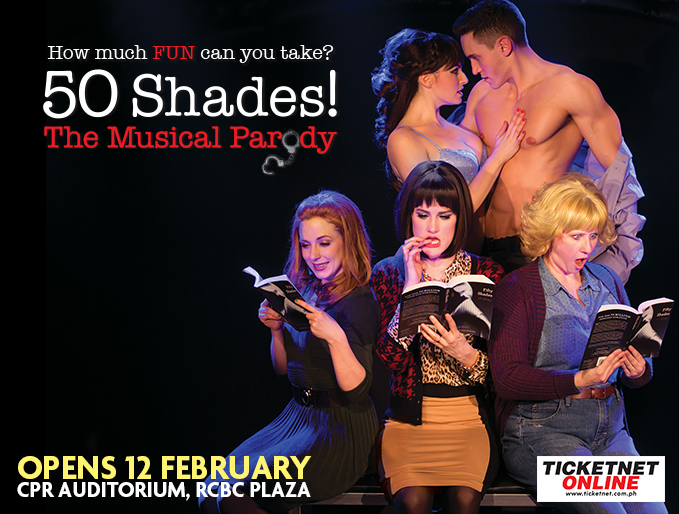 Get ready for a burst of laughter as The Musical Parody based from the novel 50 Shades of Grey is coming to Manila this February 12-28, 2016!

To tease you with what the show offers, here is a little detail on how the show goes: a group of ladies decide to read E.L. James’ bestselling novel 50 Shades of Grey, leading to a number of musical productions with songs entitled “I Don’t Make Love,” “There’s a Hole Inside of Me” “How Much can I take?” plus other 11 original songs from the show.

What: 50 Shades of Grey Musical Parody