The Vamps to Perform in Manila in 3LOGY Concert 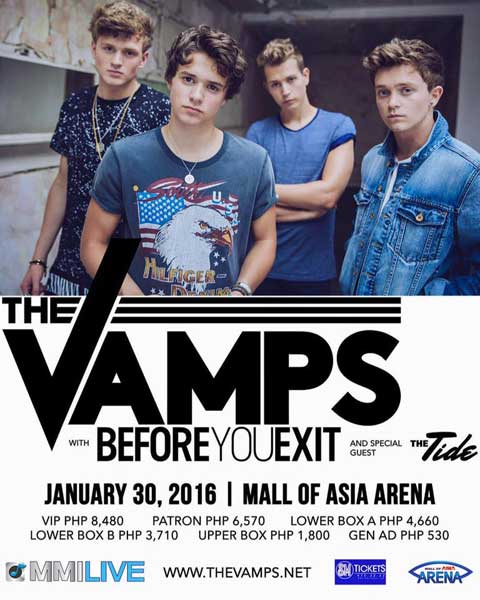 Welcome 2016 with a bang by singing along with The Vamps as they return to perform in Manila in January next year.

Following their successful performance last February 2015, the British pop band will once again perform their hits on January 30, 2016, 8pm at the Mall of Asia Arena.

The band, which won big in the BBC Radio 1 Teens Awards, is known for their songs “Cecilia,” “Risk it All” and “Somebody to You”. The Vamps will be headlining the 3LOGY in Manila concert with “Before you Exit” and special guest “The Tide” who will be performing in Manila for the first time.

Tickets available at SM Ticket Outlets or at smtickets.com