ONE OK ROCK Live in Manila 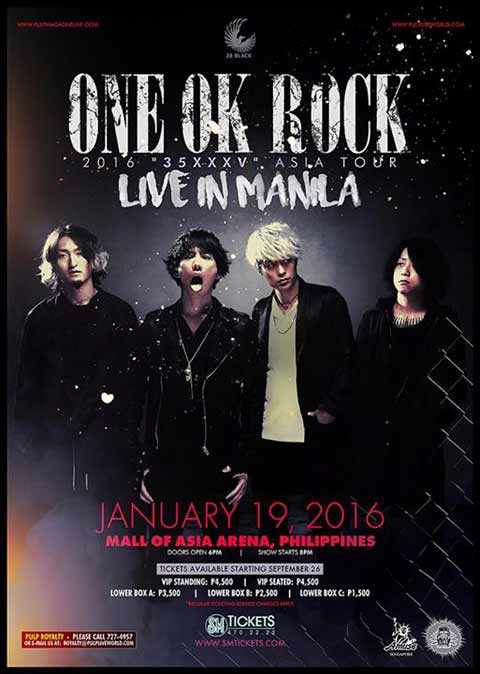 Japan’s leading rock band ONE OK ROCK will finally make it to our shores this January 19, 2016 at the MOA Arena, Pasay City! Co-presented by PULP Live World and 28 Black, guitarist Toru Yamashita, bassist Ryota Kohama, drummer Tomoya Kanki and frontman Takahiro “Taka” Moriuchi are ready to deliver their energized brand of alternative rock, post-hardcore and pop-punk to their J-Rock Manila fans who have been praying for this day to happen. The band is touring in support of their 7th full-length album 35xxxv, their first release since signing up with record label giant Warner Bros. Records and also the first to be released in the United States. ONE OK ROCK will be performing their hits “The Beginning,” “Dreamer,” “Heartache” and “Mighty Long Fall,” among many others. 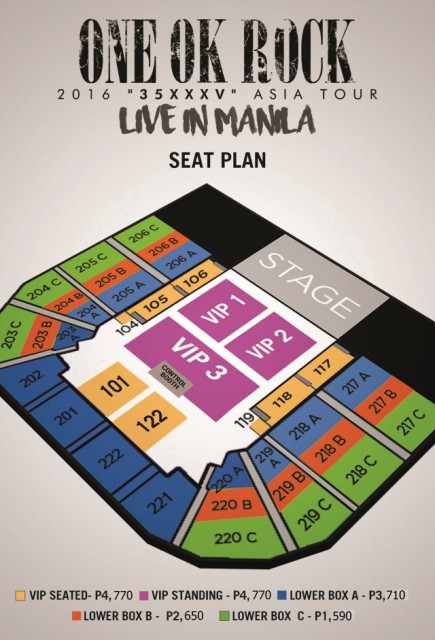 The show is also brought to you by MYX, The Philippine Star, Monster Radio RX 93.1, Astroplus and Odyssey Music & Video.