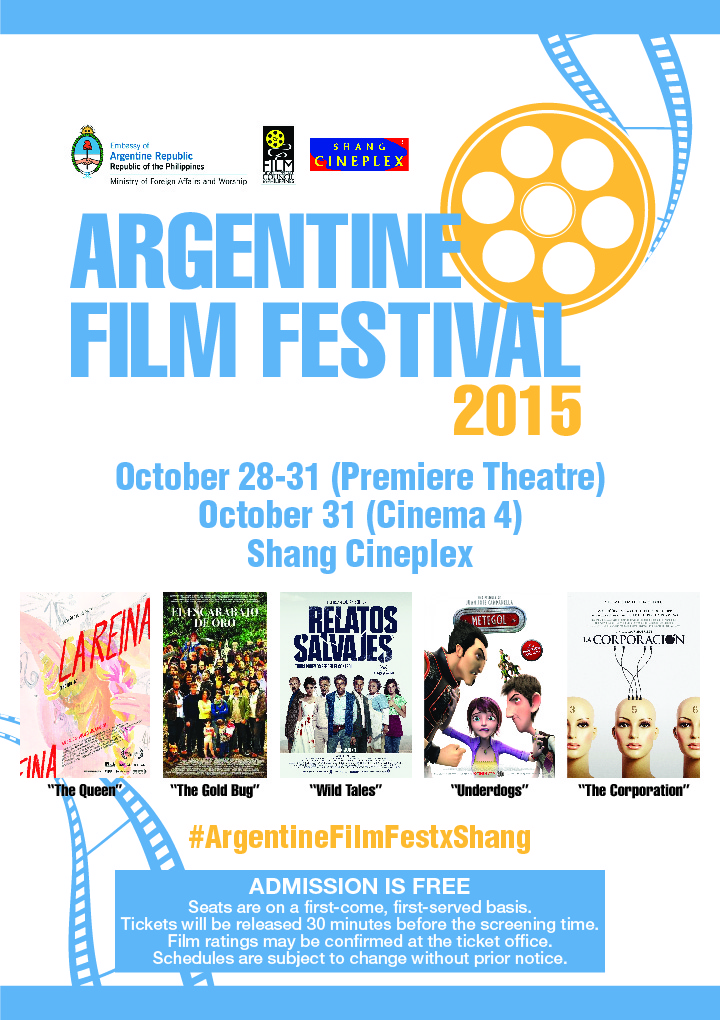 The first ever Argentine Film Festival is slated to kick-off at the Shang Cineplex on October 28 and will conclude on October 31. The line-up will feature the best of contemporary Agentine cinema.

The film “Wild Cards” is something to look out for having been nominated as the Best Foreign Language Film of the Year at the 2015 Oscars and the Palme d’Or at Cannes in 2014. While the multi-awarded “The Queen” is definitely a must-see for any film enthusiast. The line-up is completed with titles “Underdogs,” “The Corporation,” and the “Gold Bug.”

And the good news is that admissions are for FREE. Experience the beauty of Argentine film this October and know more about Argentine life through its movies.

For a complete schedule of the show dates please click here.