The Manila leg of the star-studded International Premier Tennis League is set to kick off on December 6 until December 8 at the Mall of Asia Arena. Manila will play host to global tennis A-listers including Rafael Nadal, Nick Kyrgios, Serena Williams and Asia’s pride— Kei Nishikori. 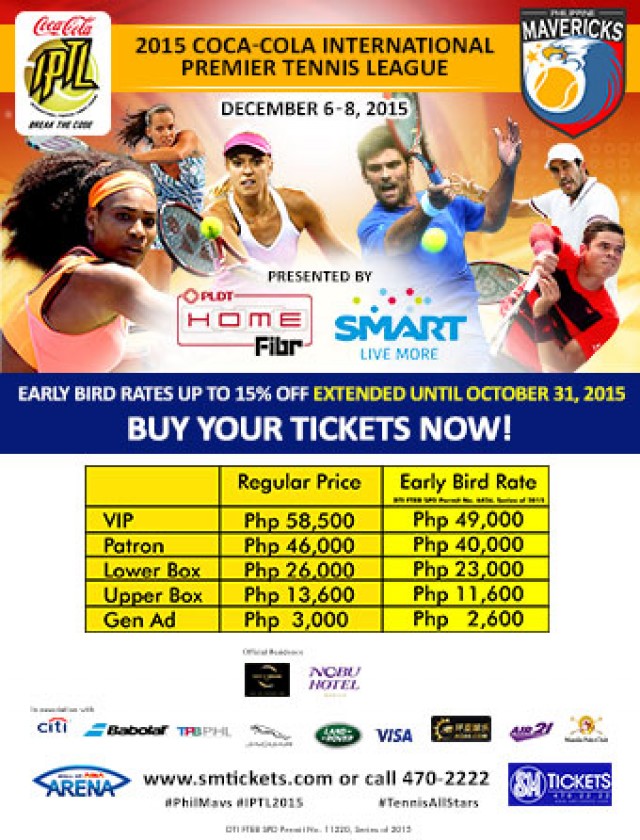 Fast rising star Nick Kyrgios will also be featured as he teams up with the Singapore Slammers together with Carlos Moya, Dustin Brown, Karolina Pliskova, Belinda Bencic, and Marcelo Melo.

The 3-day event will surely be a blast and cannot be missed by tennis fans. For more information and tickets please click here.