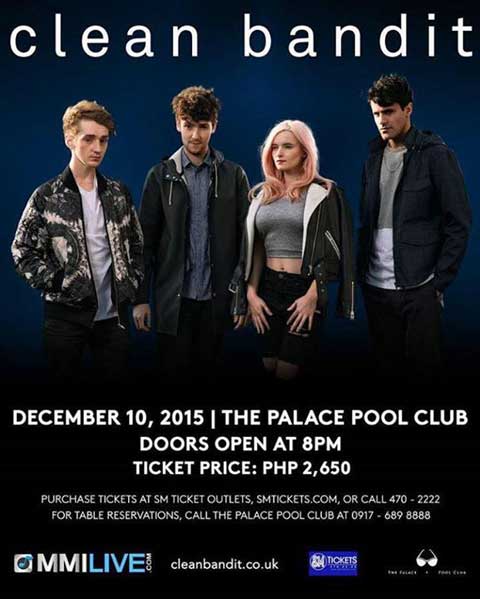 The English electronic group is coming and there’s nowhere else you’d rather be.

Debuting in the Manila concert scene soon is the Grammy Award-winning Clean Bandit who is set to perform on December 10 at the Palace Pool Club.

The popular group is best known for the hit single “Rather Be”, its collaboration with English artist Jess Glynne.

“Rather Be” debuted on January of 2014 and remained at the top of the charts for four weeks. It then went on to win the the Grammy Award for Best Dance Recording in 2015.

For tickets and reservation, check out below.

*FOR 18 YRS OLD AND ABOVE ONLY