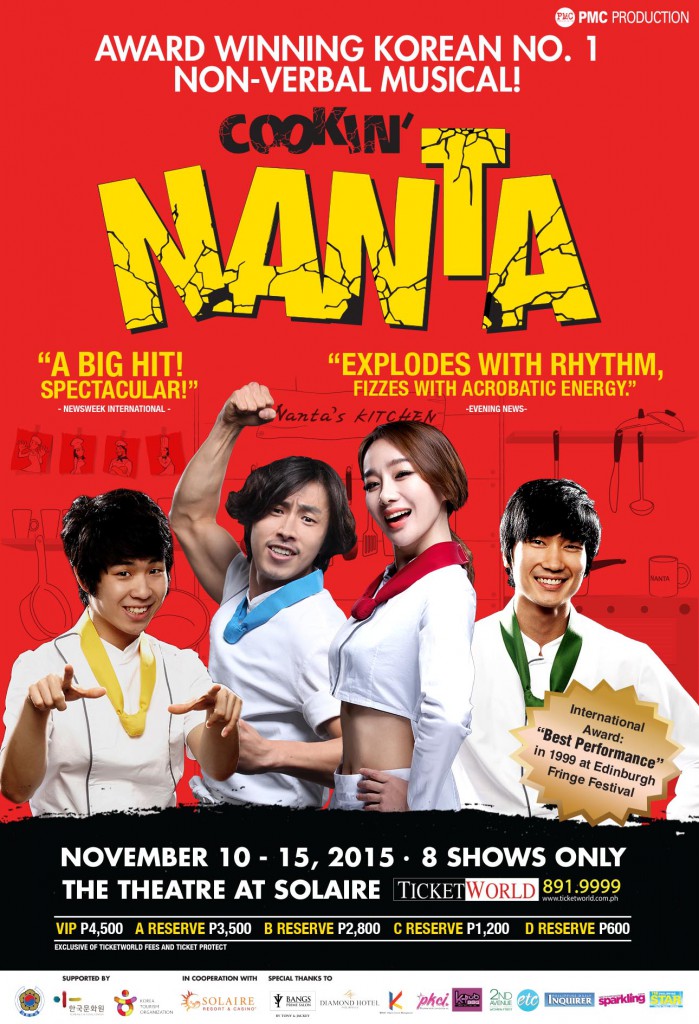 Korea’s longest-running show Cookin’ Nanta, a hit non-verbal comedy musical is coming to Manila for a series of performances from November 10 to 15 at The Theater at Solaire.

The award-winning show explodes with energetic sounds, rhythms, and motion as it features the use of traditional Korean samul nori music, which in this case is performed with improvised percussion instruments such as cutting boards, water canisters, kitchen knives etc.

The musical is a story about four cooks rushing to prepare an entire wedding banquet within one hour – a chaos characterized by comedic and acrobatic movements, awesome wit and strong rhythm. Set in a restaurant kitchen, the electrifying show is one of Korea’s most popular musicals of all time.

All Ages are permitted.