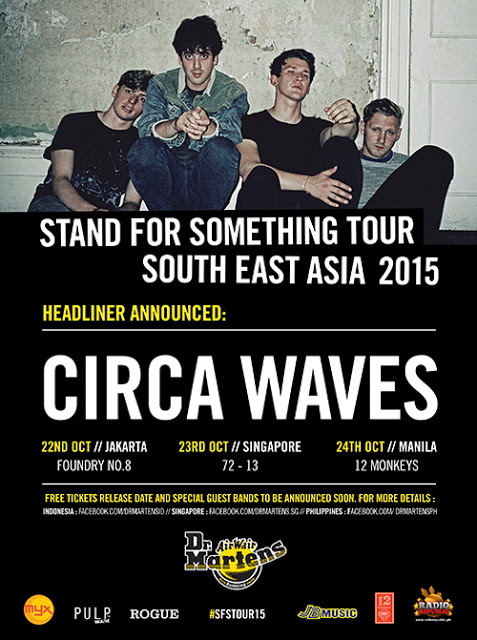 So what does Circa Waves stand for? “We stand for making genuine music. No gimmicks, No backing tracks, we are straight to the point. We play every show like it’s our last, put blood and sweat into gigs and push ourselves till we have nothing left to give”, shares the band.

Catch Circa Waves in Jakarta on October 22 at Foundry No. 8, Singapore on October 23 at 72-13 and Manila on October 24 at 12 Monkeys.  The Stand For Something Tour will be joined by respective home-city bands: Elephant Kind in Jakarta, Riot !n Magenta in Singapore, and Up Dharma Down in Manila.

The free concert is Dr. Martens’ way of thanking the world’s gig goers who continue to adopt Airwair as their uniform of choice.

Tickets to the shows are complimentary. Mechanics to be announced soon.

Circa Waves Live in Manila