The phenomenal musical Les Miserables will come to Manila on March 11, 2016 for a limited run that will bring in the new production’s brilliant cast including the Philippines’ very own Rachelle Ann Go as Fantine. Cameron Mackintosh’s acclaimed new production of Boublil & Schönberg’s legendary musical adaptation, LES MISÉRABLES, will launch the Asian tour starting in Manila at The Theater at Solaire Resort and Casino.

The announcement sets a wave of anticipation among musical fans who are thrilled to get the chance to see the stage performance in its full splendour in Manila by early next year. Tickets are going on sale starting Tuesday, 29th September.

Joining Rachelle Ann, following his recent Australian Helpmann Award win as the iconic ‘Jean Valjean’ is Simon Gleeson. Valjean’s lifelong antagonist ‘Javert’ will be played by Earl Carpenter, direct from his performance of the role in the Broadway company of LES MISÉRABLES.

Set against the backdrop of 19th-century revolutionary France, LES MISÉRABLES is a much-celebrated and award-winning musical which has been seen by over 70 million people worldwide in 42 countries and in 22 languages, LES MISÉRABLES is undisputedly one of the most popular musicals of all time. Based on Victor Hugo’s classic novel, it is an epic and uplifting story about the survival of the human spirit. The magnificent score of LES MISÉRABLES includes the classic songs “I Dreamed a Dream”, “On My Own”, “Stars”, “Bring Him Home”, “Do You Hear the People Sing?”, “One Day More”, “Empty Chairs at Empty Tables”, “Master of the House” and many more.

The new Les Mis production features glorious modernised staging, orchestrations, and dazzlingly reimagined scenery inspired by the paintings of Victor Hugo. This new version is certainly not to be missed so score your tickets early.

Smart Infinity, the Manila staging’s sponsor offers its members first dibs to ticket-purchasing and discount offers from September 29 to October 29, 2015. Visa Credit, Debit and Prepaid cardholders can also purchase tickets first with 10% discount in the Visa Entertainment presale from 29 September to 29 October. Tickets are available at Ticketworld.com.ph. 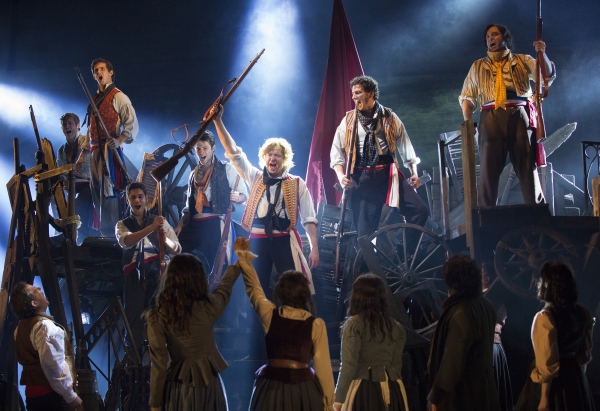