Michael Learns to Rock Back in Manila on Sep. 19 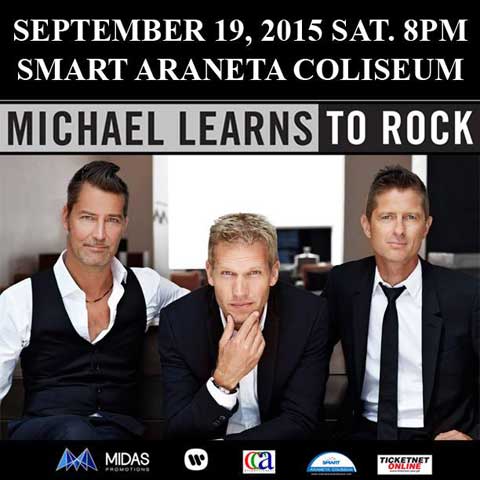 The Danish band that rocked the 90’s with their massive hits The Actor, 25 Minutes, Sleeping Child, Nothing to Lose, among others returns to Manila after 7 years for a one-night concert on September 19 at the Smart Araneta Coliseum.
The pop/soft rock band was originally a quartet composed of Jascha Richter (vocals, keyboards), Mikkel Lentz (guitar), Kåre Wanscher (drums) and Soren Madsen (bass), until Madsen left in 2000.

The group that made waves internationally, first in Scandinavia and then reaching as far as Asia first broke into the music scene with their self-titled debut album that carried their first hit The Actor. More albums and tours followed until the band took an extended break in 2000 and then re-grouped in 2004 and has since been active again in the global tours circuit.

The concert is set to bring nostalgia with the band’s old hits as well as fresh tunes from their latest studio album Scandinavia. Tickets now available at Ticketnet outlets or visit ticketnet.com.ph.