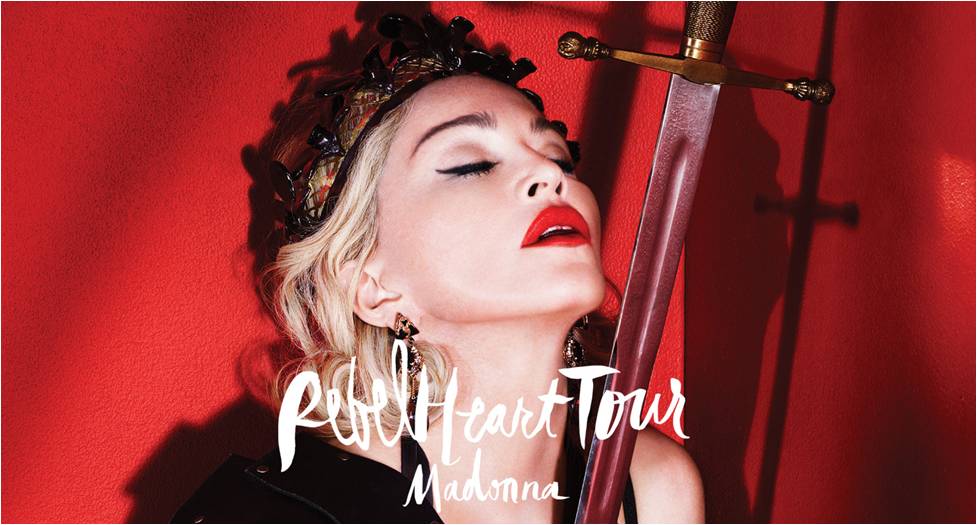 For the first time ever, the music icon Madonna is set to land on Philippine soil on February 24, 2016 to hold a one-night-only-concert at Mall of Asia (MOA) Arena.

The global pop star has recently released her album Rebel Heart with singles, “Living for Love,” and “Ghostown” has reached # 1 on Billboard Dance Charts.

The MNL concert is part of Madonna’s upcoming Rebel Heart Tour which begins at Montreal, Canada this September.

Tickets for the concert goes on sale on Sunday, July 26 at 10 AM at any SM ticket outlet.

Members of Icon, the official fan club of Madonna, will receive a special code to access the Icon pre-sale on Tuesday, July 21, at 10 AM.

Citi Cardholders are also eligible for a pre-sale beginning on Wednesday, July 22 at 10 AM until Thursday, July 23.

Globe Customers will also be eligible for a one day pre-sale Friday, July 24 at 10 AM through www.globe.com.ph/rebelheart.

The seven-time Grammy Award winning artist has sold more than 300 million records worldwide with hits such as “Like A Virgin,” “Material Girl,” and “Like A Prayer”.