Chris Brown Takes the Stage in Manila This July

Grammy award-winning musician and actor Chris Brown is set to take the stage on July 21 at the Mall of Asia Arena, Pasay.

The concert will be part of his promotional tour for his sixth studio album entitled X, which was released on September 2014 by RCA Records.

Brown first gained worldwide attention at age 16 with his debut single “Run It!”, his stellar career continued with other hits such as “Kiss Kiss”, “Forever”, and “With You”

So far, the 26-year old American performer has amassed innumerable accolades over the years and has even captured a Grammy Award for Best R&B Album for his fourth studio album F.A.M.E during the 54th Grammy Awards.

Tickets for the Chris Brown: Live in Manila can be purchased online through SM Tickets or to any SM Ticket outlets. 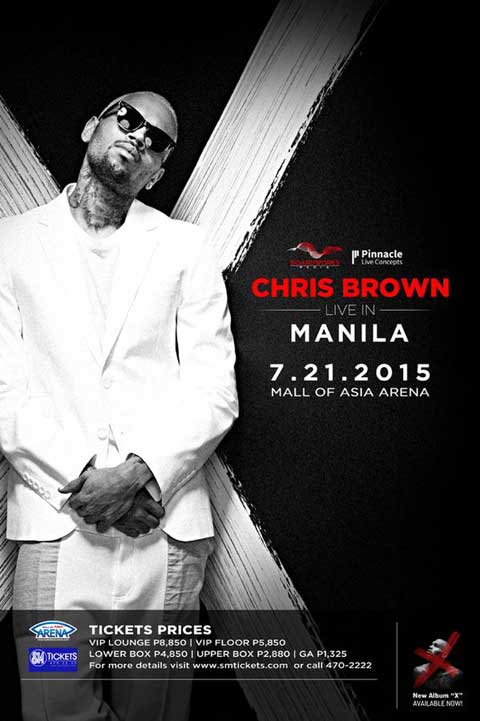