Manila 10s: Get Your Dose of Rugby Action! 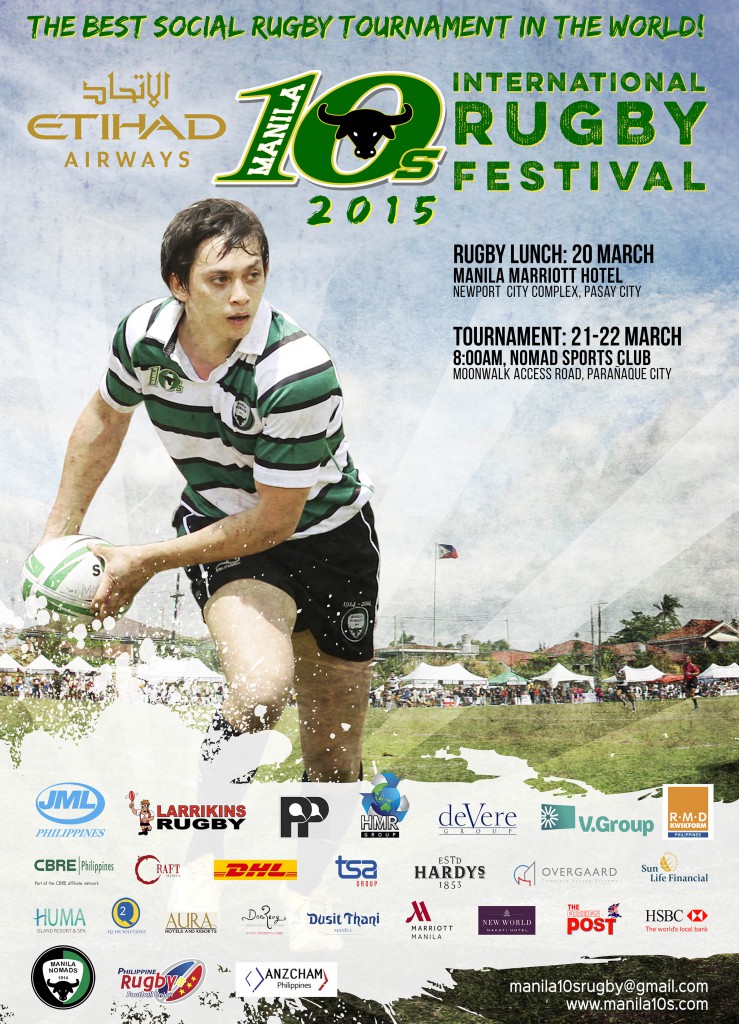 Attention all rugby enthusiasts! Catch the world’s number one social rugby on March 21 and 22 – the Manila 10s!

Now on its 26th year, the Manila 10s is an annual event where rugby clubs from all over Asia, Middle East, Australia and New Zealand come and play off with the best teams in the Philippines. With 500 players and over 3000 spectators during the course of the weekend, along with special guest appearances from former England International David Trick, Australia Captain Nathan Sharpe and legendary British Lion John Bentley, this weekend promises to be a cracker.

So if you fancy watching one of more than a hundred games that’ll be taking place, seeing some rugby greats of the past and the future or just a cold cider in the sun while admiring some of the interesting characters on show, come over at the Nomads Sports Club in Parañaque this Saturday and Sunday!