Since 2005, Cinemalaya Philippine Independent Film Festival has been producing world-class films, which depicts various Filipino social issues on the big screen. It became an avenue to educate the Filipino audience about these matters over the years.

Thankfully, the Cultural Center of the Philippines will be hosting Cinema Under the Stars, a 3-night special event on December 13 to 15, 2019 as part of Sinag: Festival of Radiance. 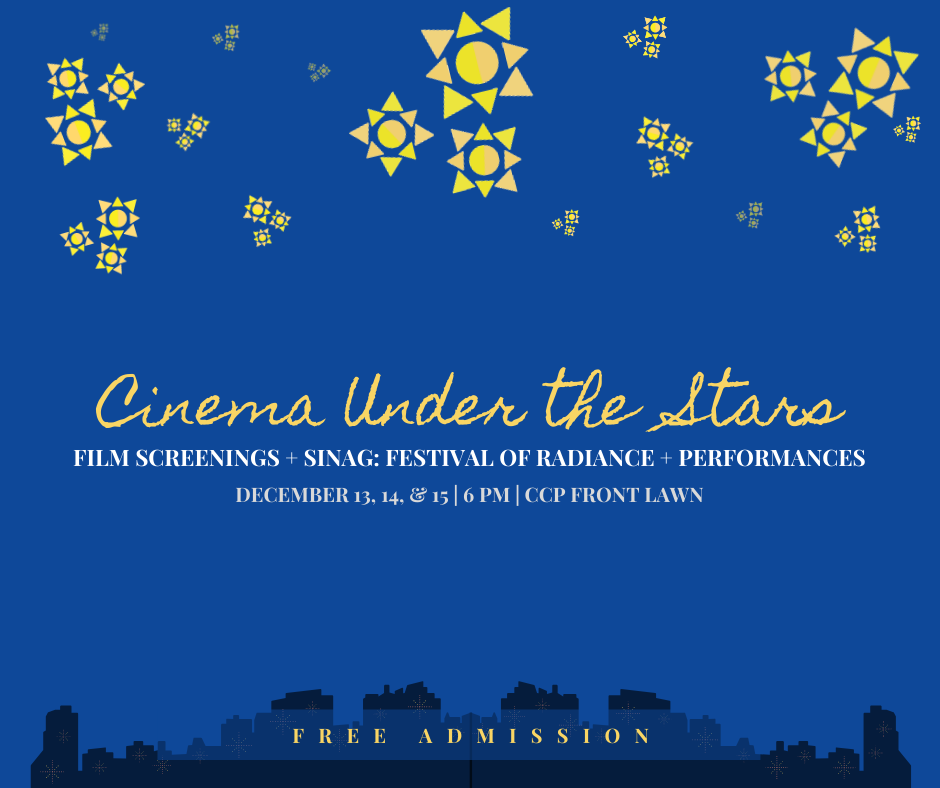 Certainly, you’ll be more interested in films as Cinema Under the Stars features Cinemalaya, Gawad Kalinga, and other chosen family-friendly films. Additionally, most films were recognized in both domestic and international award-giving bodies. 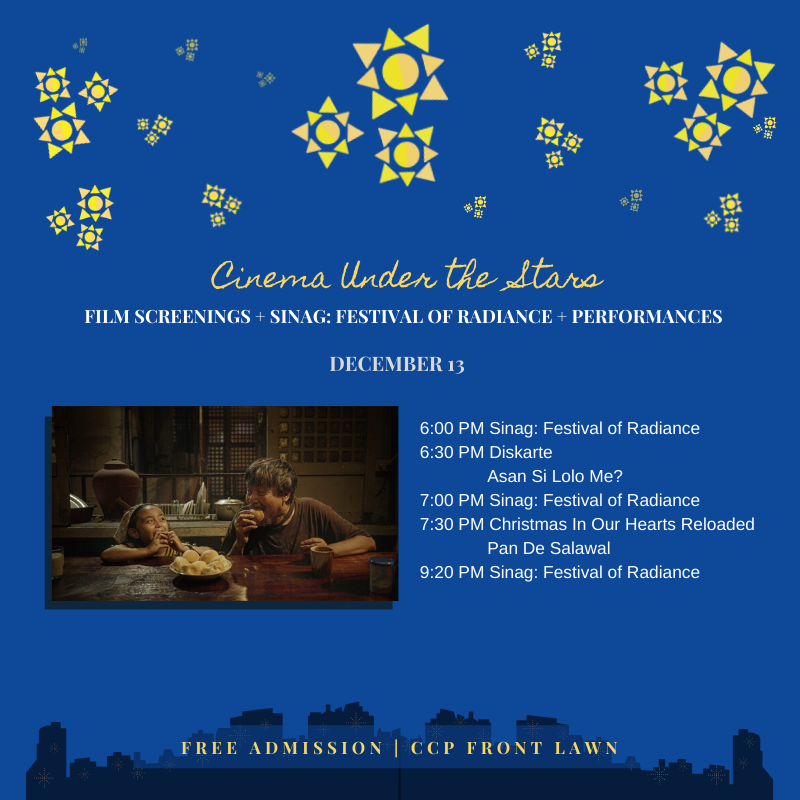 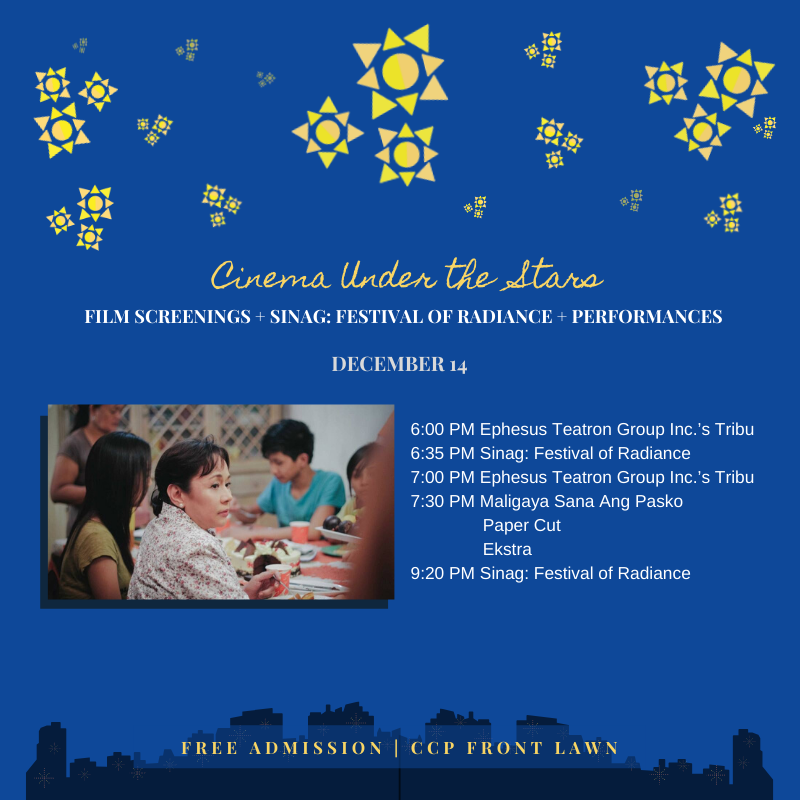 There will also be performances by local talents such as PWU Indayog Gongs and Ephesus Theatron Group.

If you like to watch light shows during the holiday season, bring in your loved ones at the Sinag: A Festival of Radiance, a lantern installation located at the CCP Facade. 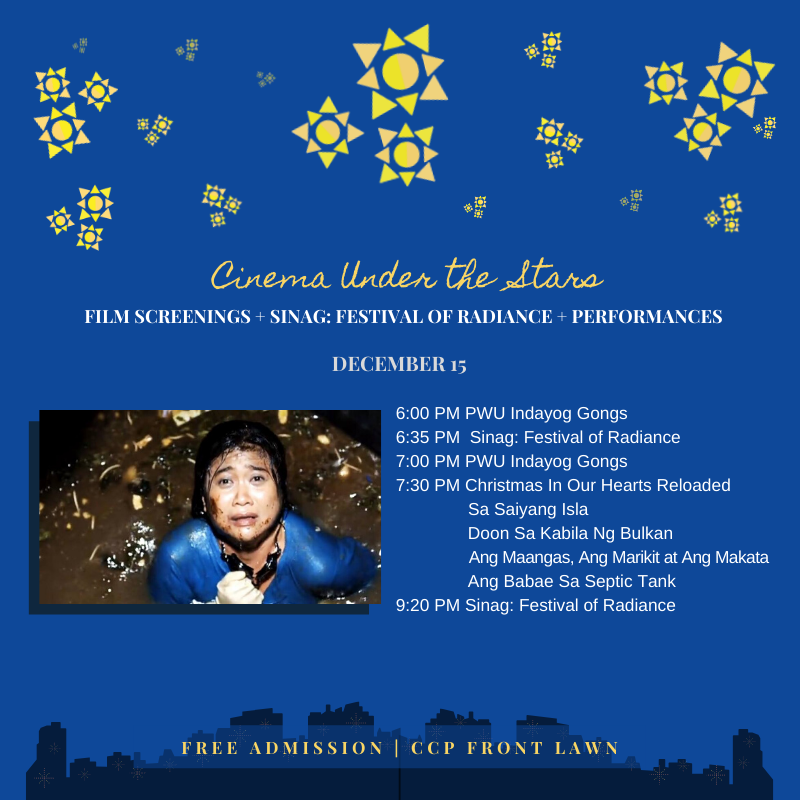 This one of a kind light show was brought by visual artist Toym de Leon Imao Jr., the Quiwa Family, and the Lantern Makers of San Fernando, Pampanga. This year, the CCP facade will continue to feature the sparkling parols until January 5, 2020.

Spend the upcoming weekend wisely and catch world-class local films in Cinema Under the Stars. No worries as there will be no entrance fee!

What: Cinema Under the Stars
Where: CCP Front Lawn
When: December 13 to 15, 2019
Tickets: Free admission
Website: culturalcenter.gov.ph
Facebook: facebook.com/CCPMediaArts