An Evening with Brian Lowdermilk

Broadway fanatics will be happy to hear about Brian Lowdermilk, American musical composer for multiple musicals such as Henry and Mudge, Whatever it Takes, The Woman Upstairs, and The Mad Ones will be in the country soon. In addition to teaching a series of masterclasses for both Songwriting and Song Interpretation, he will be performing for a one-night-only concert this June. 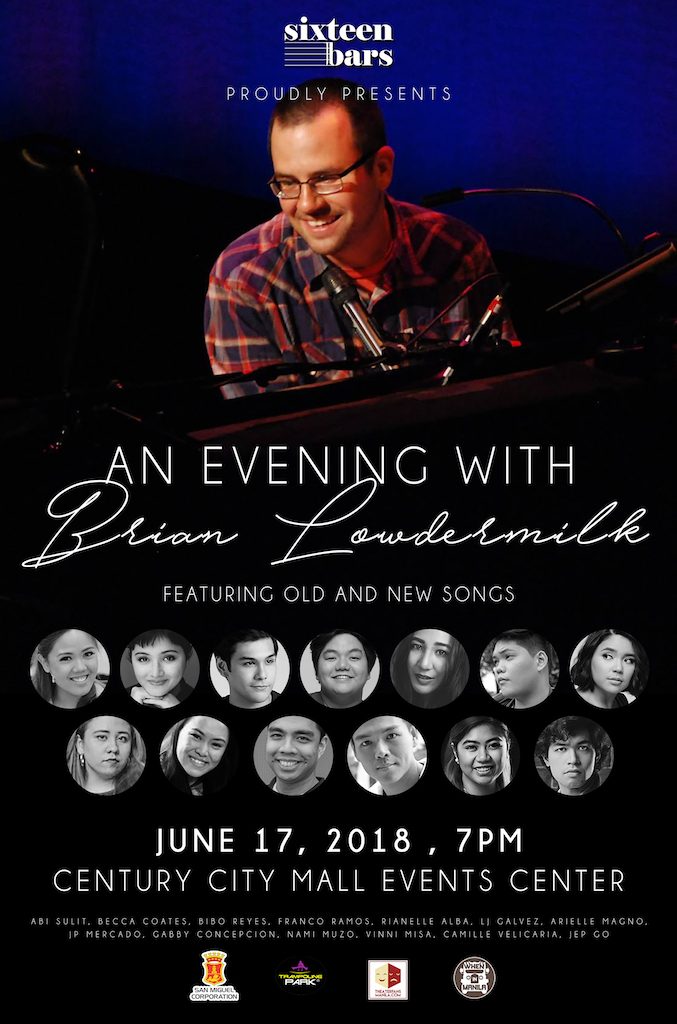 Lowdermilk is teaming up with Sixteen Bars and working with some rising talents in the Metro Manila musical theater scene. The concert will feature some of the most iconic music from the Kerrigan & Lowdermilk songbook, as well as new songs from Lowdermilk’s current online solo project, From B.

The one-night concert, An Evening with Brian Lowdermilk will take place at the Century City Mall Events Center, Kalayaan St. Makati City on June 17, 2018. Tickets are available online through TicketWorld. The lineup of songs has also teased about a never-before-heard material that will surely entice many fans of the Kerrigan-Lowdermilk composing duo from New York as well as theater fans in general. So come and listen!