He reached the Top 10 Adult Pop Radio charts on his first two singles. He turned the music waves into a storm with his streaming phenomenon Fresh Eyes. Now, American singer, songwriter, and record producer Andy Grammer will be performing in Manila. Catch the Honey, I’m Good singer in an intimate concert on June 7 at the Music Museum in Greenhills, San Juan. 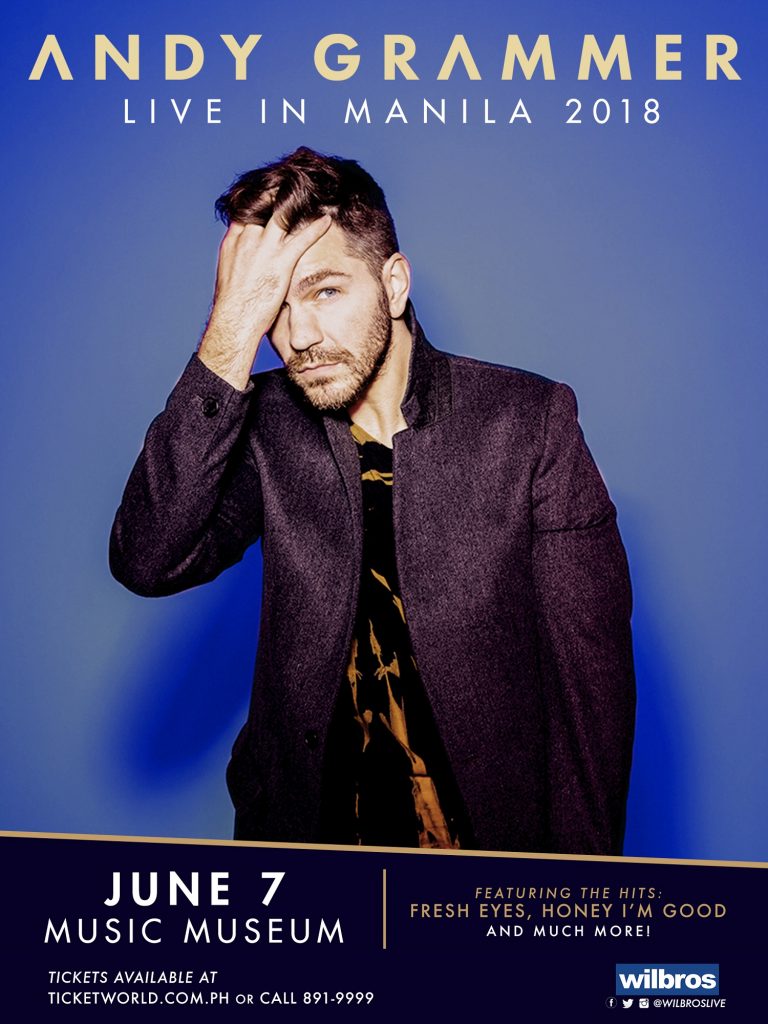 Coming from a musically inclined family, Andy Grammer is the musical genius of platinum singles Keep Your Head Up and Fine By Me under his debut album. His second album, Magazines or Novels also featured the triple platinum hit Honey, I’m Good named as one of the best-selling songs of 2015. The Good Parts, his third full-length album released last December 2017 includes Fresh Eyes, Give Love, and Smoke Clears now at 14 million downloads and rising.

Ticket sale is available today, April 13 through TicketWorld.com.ph or at the Music Museum box office.