One of the world’s emerging sports brands is set to give runners a race to remember as Li-Ning Philippines presents the Li-Ning Manila Run 2016, happening on December 3 at the Mall of Asia Grounds in Pasay City.

Li-Ning is a Chinese sports apparel brand that’s been rising in popularity since 2010. They sponsor some of the world’s best athletes, including Lin Dan, Olympic Gold medalist for badminton and NBA superstar Dwayne Wade of the Chicago Bulls.

The Li-Ning Manila Run started in 2015 to help promote the brand’s “Make Your Own Way” Campaign”. Originally scheduled for October at Bonifacio Global City, the quick change of venue has given runners more time to prepare for this race. 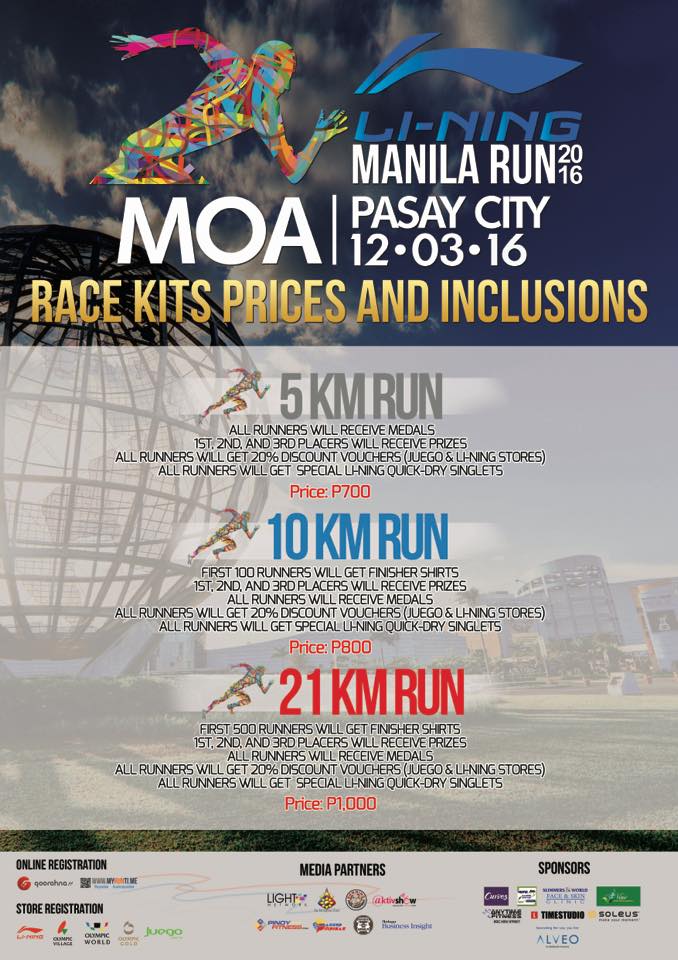 You can also register at the following locations: