Cosplay.PH in cooperation with Magic: The Gathering, Animax Asia, and Brother International Phils. will be staging the Cosplay Mania 15 on October 3 and 4, 2015 at the Function Rooms 2-5 and Meeting Rooms 2 to 9 of the SMX Convention Center Manila, SM Mall of Asia, Pasay City.

Cosplay fanatics and just about everyone who wants to have some awesome anime experience can have their chance to meet and greet some of the world’s top Cosplayers like Kaname, Ying Tze, Ladybeard, Hana & Baozi.

Cosplay Mania is the Philippine’s premiere event for cosplay and cosplaying enthusiasts — with more than 25,000 attendees for last year’s two-day event. This year, Cosplay Mania celebrates over fifteen years of Philippine cosplay and is expected to draw a greater crowd of fans with its exciting and exclusive line-up of activities and events including the Cosplay Tournament of Champions, the Cosplay Mania Cup, and the Asia Karaoke Nodojiman Championships.

This year also features the second installment of JAM Japanese Anime Music — featuring performances by Japanese pop artists Ikeda Aya, LOVERIN TAMBURIN, Itsuki Akira, and PILE, so expect the event to be filled with the anime spirit that transcends boundaries as the Cosplay impact has unstoppably reached other genres of the pop culture.

Tickets are available at SM Ticket outlets nationwide or online via smtickets.com. 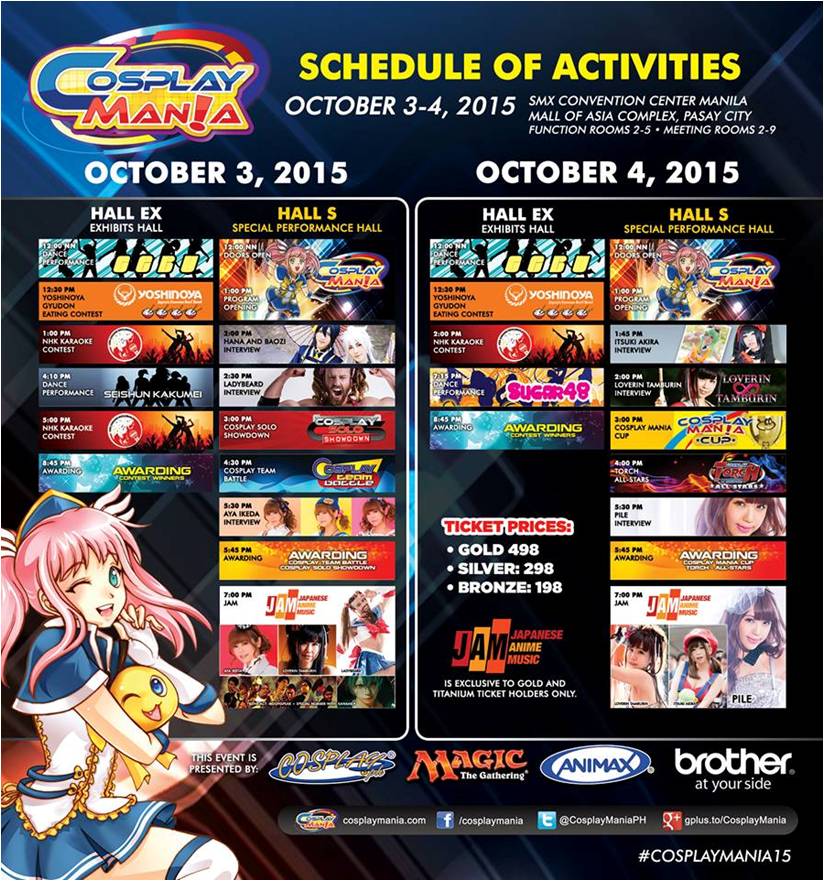