For Korean wave followers, the Korean Shrine of Saint Andrew Kim Tae-gon in Bulacan is a particularly remarkable place to gain a deeper perspective of and get closer to the Korean culture. For everyone in the city, it is far enough for a refreshing change of environment and near enough for a quick weekend retreat. The Korean Shrine of Saint Andrew Kim Tae-gon has an interesting architecture. /IMAGE Tales of the Wandering Architect

The story behind the construction of this monumental shrine and the person it is named after goes back a long way and is one that is interesting to hear (or read) during one’s visit. Saint Andrew Kim Tae-gon is the first Korean Catholic priest and the patron saint of the Roman Catholic clergy in Korea. He is said to have visited Lolomboy, Bocaue where he studied and touched the lives of Filipinos, hence also becoming the secondary patron saint of Lolomboy Parish.

Situated along Santa Maria River in Lolomboy, Bulacan, the Korean Shrine harbors a number of structures that reveal varying themes and inspiration. One can recognize not only Korean architecture but also some European touches to the temples.

For instance, the huge convents have a combination of Reinassance and traditional Korean or Hanok architecture. The meditation area meanwhile seems to have gotten its inspiration from the Egyptian pyramids, but the overall look of the structure can still be largely identified as Korean. The meditation area has a pyramid structure. /IMAGE Tales of the Wandering Architect

With a clean minimalist theme dominated by white and only accented with black trims, the structures give off a glowing radiance under a clear and sunny sky. At sunset, it becomes a mystical place illuminated by the soft enduring twilight. The pavilion glows under a clear and bright day. /IMAGE The Maarte Tourist

While the shrine is inspired by and run mainly by Catholics, it’s also interesting to note that it is a welcoming place for people of every religion who believe in a supreme being. The place is in fact managed by a Buddhist who believes that Christianity and Buddhism share the same values and traditions.

Only less than two hours away from Manila, the Korean Shrine of Saint Andrew Kim Tae-gon is an amazing place to visit, whether alone or with family or friends, for a much-needed time for relaxation and meditation. 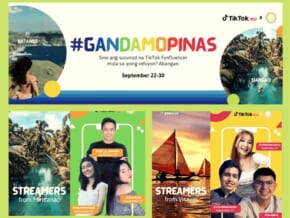 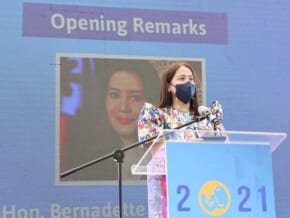 DOT: PH to Host International Tourism Conference Next Year
The Department of Tourism announced the Philippines will host the World Travel and Tourism Council (WTTC) Global Summit in March 2022.