New York City is the home of many firsts in history where liberation is valued, diversity is a must, and freedom is power. From books to movies, to songs, NYC has been painted as the home for the dreamers and hustlers. With its chaotic lifestyle that is always on the go for the next big thing, all of its people are the true bearers of life. Like Frank Sinatra said in his famous song New York, New York, “If you can make it there, you’ll make it anywhere.” 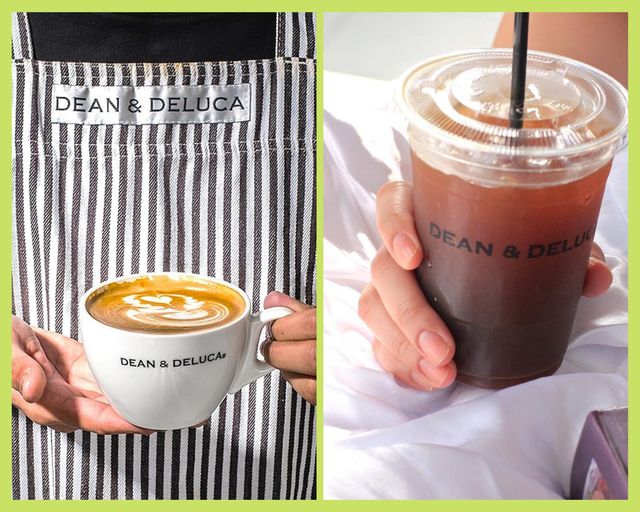 Just like Paris and London, the City That Never Sleeps is also one of food capitals in the world. In fact, some of the most popular stores and shops in the world were born in New York like Dean & DeLuca.

It was 1977 when business partners Giorgio DeLuca and Joel Dean founded their business and opened their first store in Prince and Greene Streets in Manhattan’s artsy SoHo district. They had one goal that time: to be an international company that provides luxury goods for food items, housewares, and cookbooks.

Recently, the Dean & DeLuca opened a branch in Salcedo, Makati for all coffee lovers in the business district.

“The wait is over. We are now open in Three Central Mall, Salcedo! Enjoy our exceptional coffee, iconic sourdough, and pastries,” the management announced on their official Facebook page. 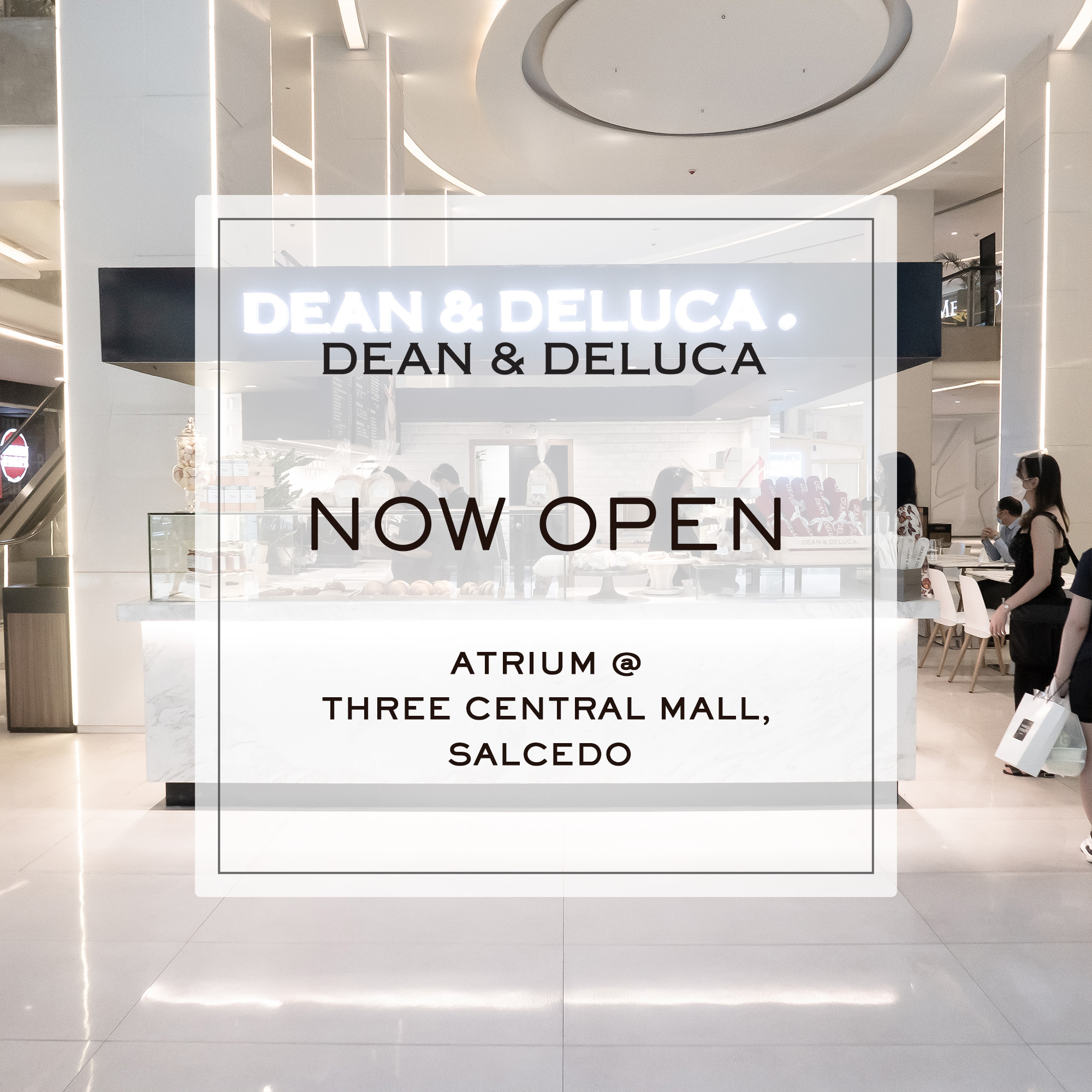 According to them, you can also pick exclusive Dean & DeLuca merchandise for your special ones at their store. They also announced a surprise for all the coffee addicts out there that their biggest store in the country will be opening in Taguig soon.

“Our biggest store yet is opening very soon. We can’t wait to share the exciting news with you all. Stay tuned for updates,” they added. 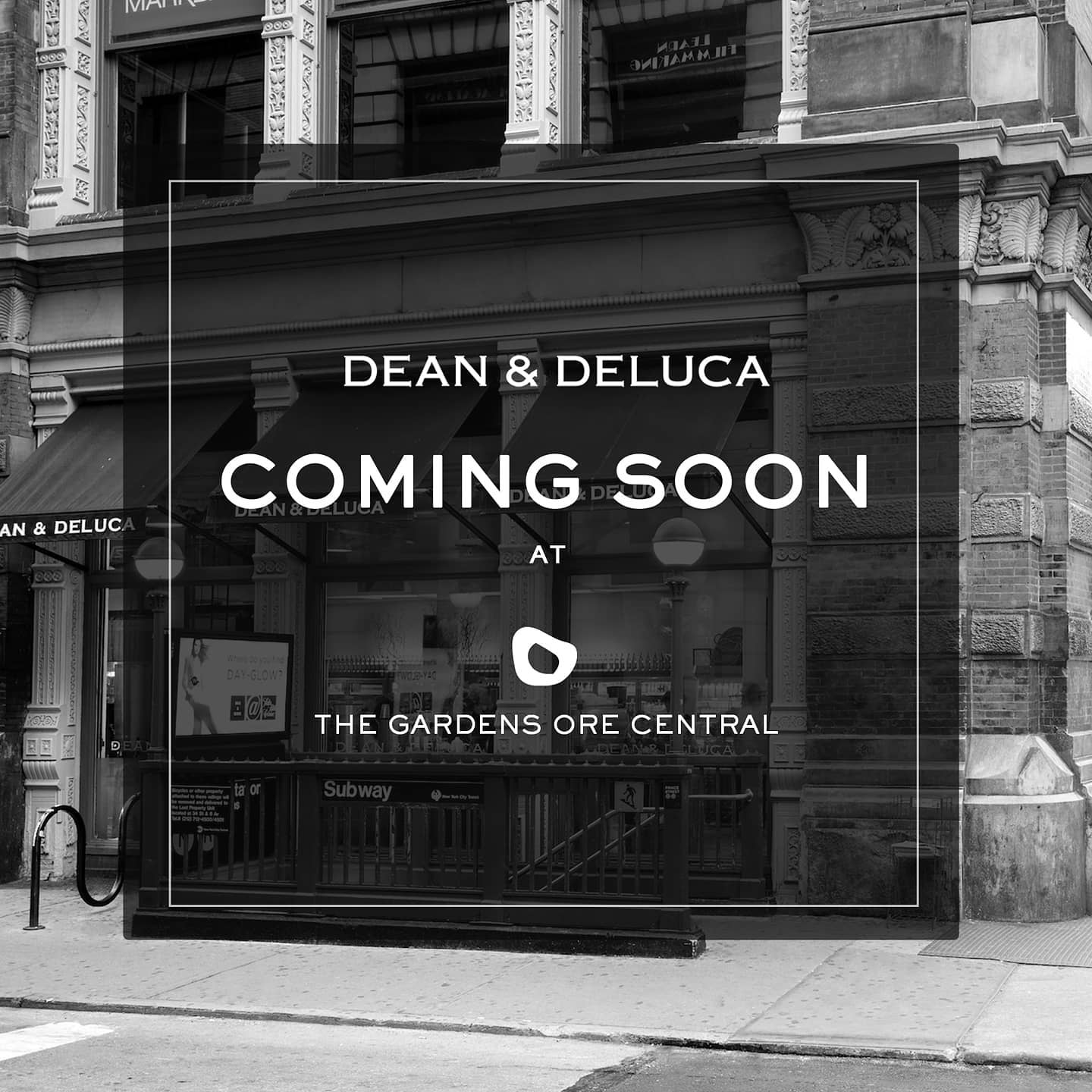 As of the moment, a kiosk stands at ORE Central in BGC where its biggest store is set to open. 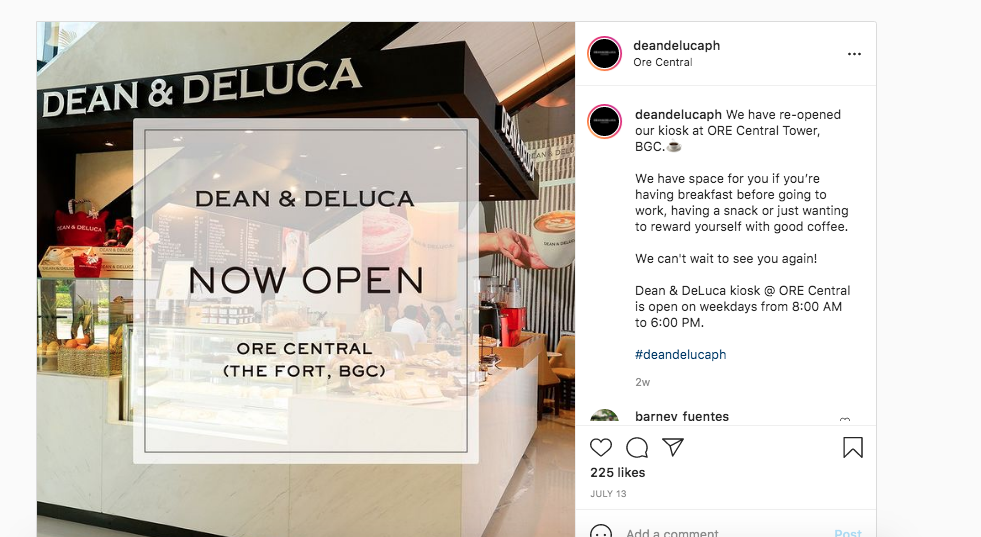