WeWork in Uptown Bonifacio: More Than Just a Co-Working Space

Taguig City is undoubtedly one of the hottest business districts nowadays, with left and right high-rise buildings, coworking spaces, networking events, among other opportunities in town.

This is most likely why a lot of businesses flock in the city to open their own space, just like WeWork in Uptown Bonifacio. 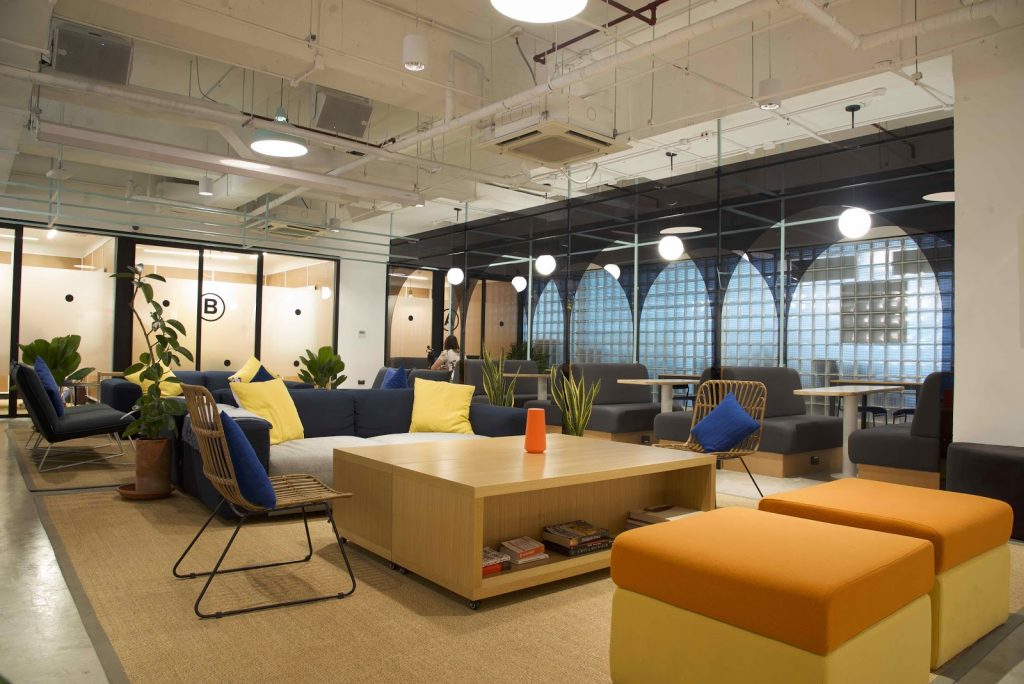 WeWork is not your regular co-working space where you just technically share the floor with other companies. They actually encourage engagement among members, building your own little community.

“WeWork is not just about the space, but also the value that we create by providing an inclusive member-driven experience that fosters an environment of creativity and collaboration across a vibrant global community of individuals,” said Turochas “T” Fuad, Managing Director of WeWork Southeast Asia.

Think of it like going to a university where you’re hanging out with other students outside of your blockmates—except this time, you’re growing your network by connecting to neighboring businesses. 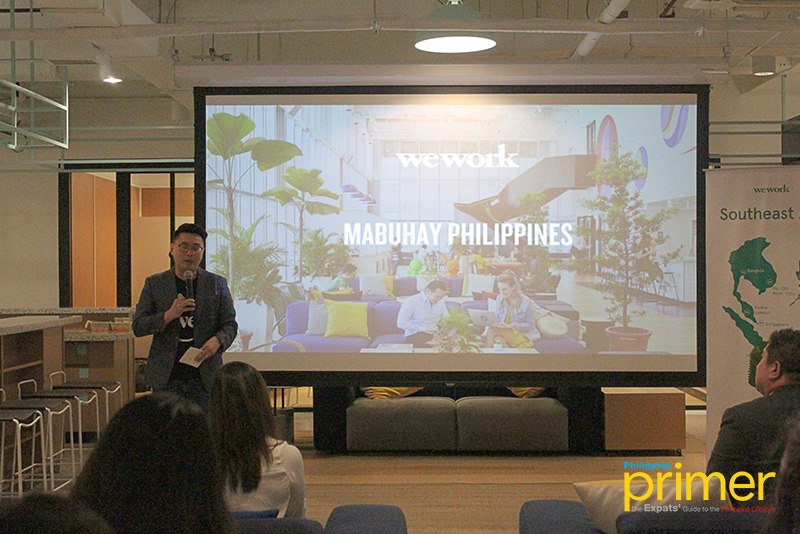 WeWork takes up two floors of Uptown Bonifacio Tower 3, featuring lounges, private offices, and conference rooms. They have a high-speed internet connection so there won’t ever be a downtime. Office supplies, business-class printers, and paper shredder are provided every floor, too.

The common areas are also very homey and unique—lounges are meticulously designed to boost creativity and productivity. But of course, the unique perks don’t end there because they offer unlimited drinks (including beer!) at the pantry. 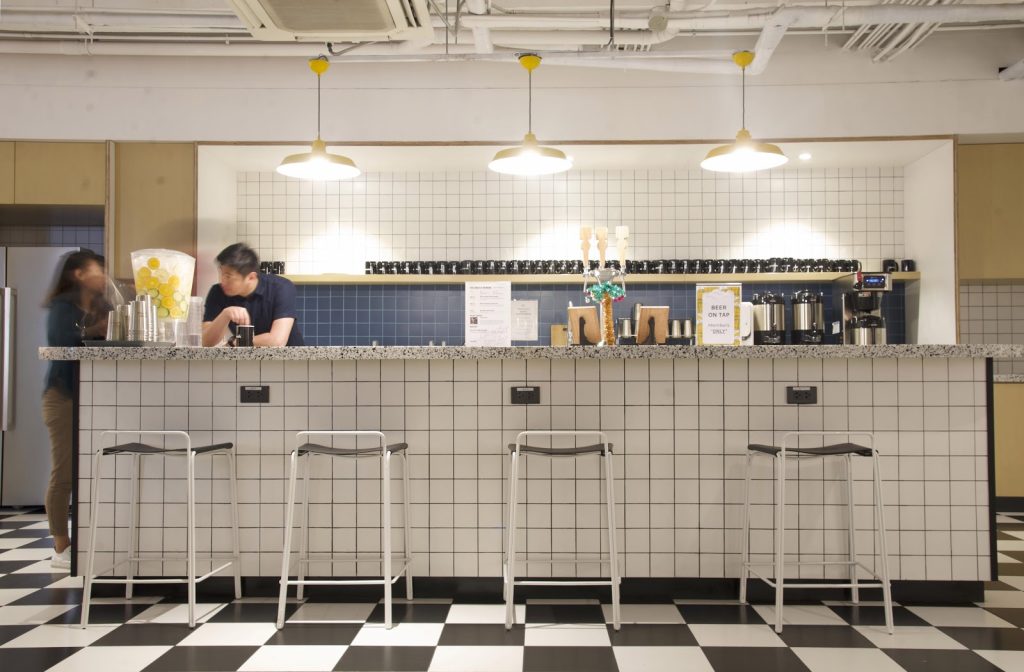 Plus, WeWork has games and karaoke room, as well as an indoor garden! What more can you ask for? 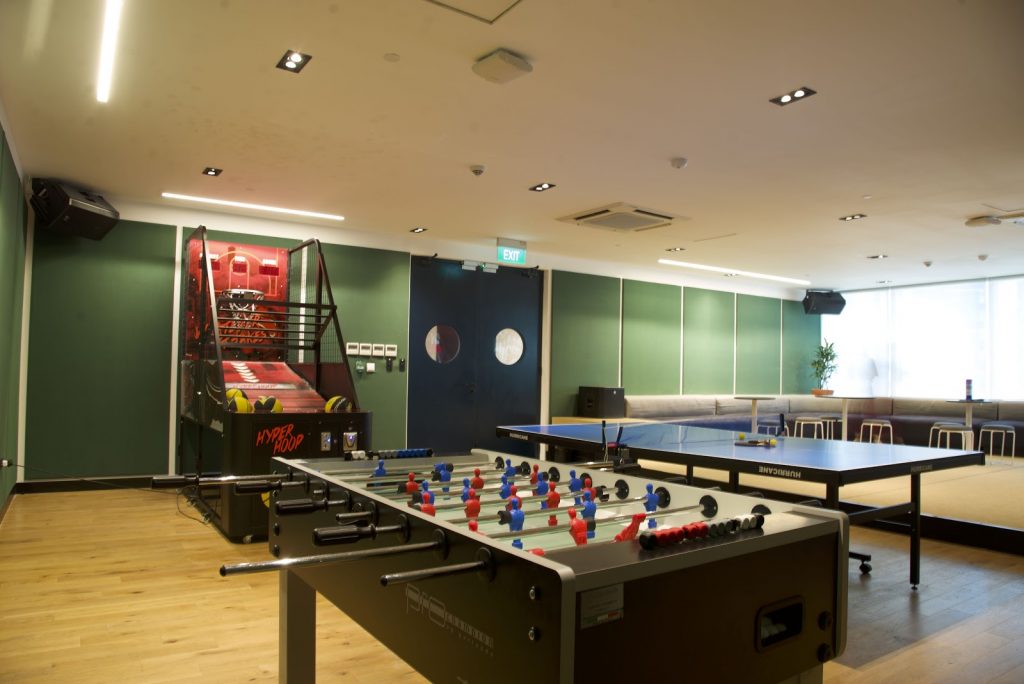 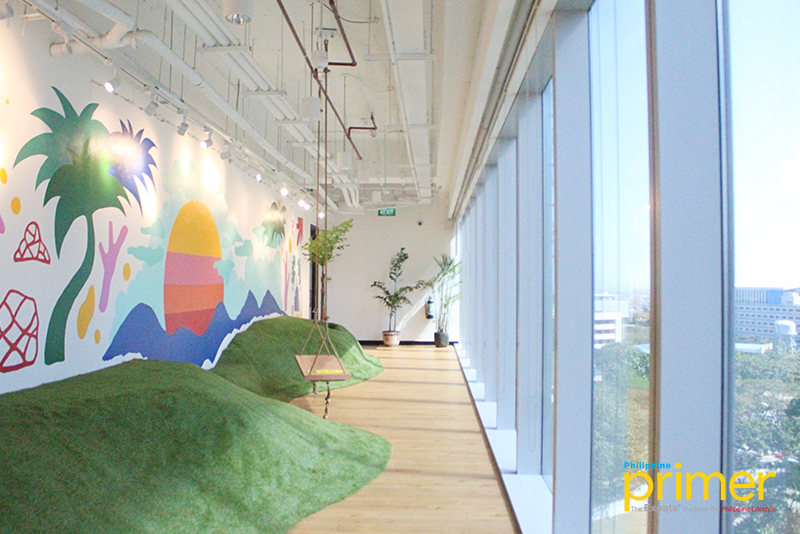 WeWork’s indoor garden has a picturesque view of the city

Filipino values and culture are portrayed through various artworks around the hub. The focal point is probably the one on the 9th floor, highlighting the whole concept of “Bayanihan” or mutual assistance.

This Filipino trait directly mirrors what WeWork can offer to its members. 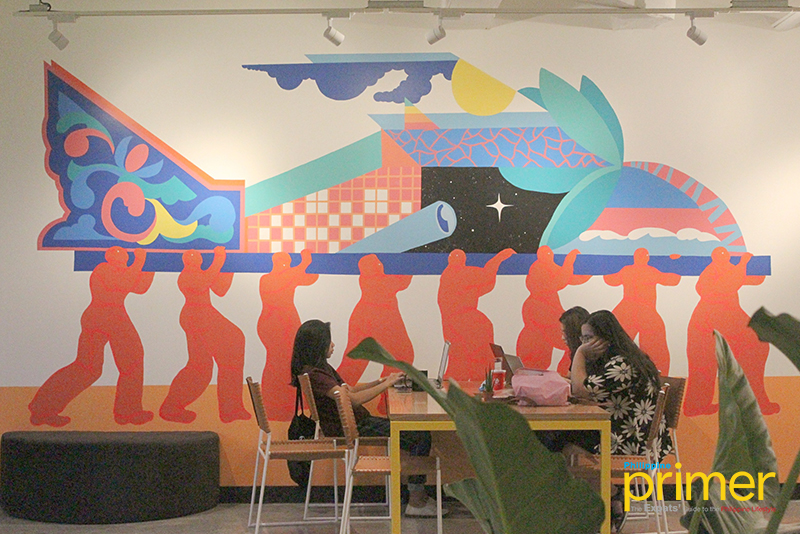 WeWork also holds weekly events for the members, such as Thank God It’s Monday, where they give free brunch; Wellness Wednesday, comprising anything related to wellness like free yoga classes or talks about mindfulness; and Happy Hour, which is a networking night that is held every Friday. 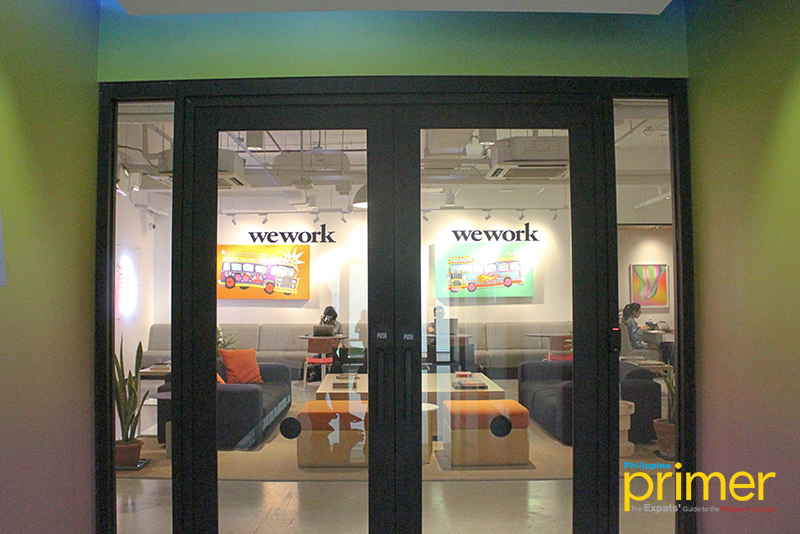 Transportation won’t be a problem, too, because buses and jeepneys are within reach. The best part is that there are lots of nearby hangout spots if you need a break from working, such as a museum, malls, and restaurants.

Further, members can access any WeWork space globally, so you won’t have to worry about where to conduct your international meetings.

You may check the availability and book workspaces via their mobile application called WeWork. Said app also allows you to grow your network and discover their latest events. 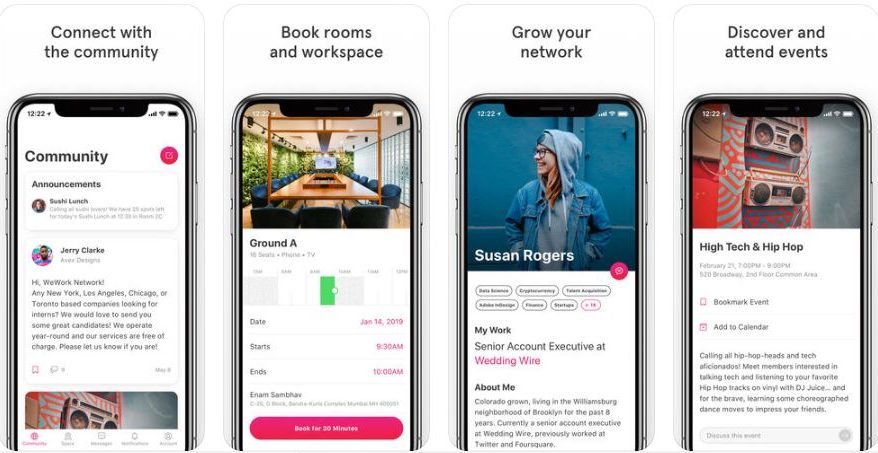 WeWork’s mission is to “create a world where people work to make a life, not just a living.” And true enough, they’re able to continuously improve the work-life balance of a lot of businesses worldwide. Among their members are Facebook, Microsoft, Linkedin, Samsung, Airbnb, Pinterest, among others.

In the Philippines alone, they have popular businesses like Klook, Edukasyon.ph, and Shopback. WeWork is also expanding to Makati by the second quarter of 2019.

Also read: LIST: Flexible Workspaces in Manila You Need to Know About

Founded in 2010 by Adam Neumann and Miguel McKelvey in New York, WeWork now has more than 400,000 members, with 425 physical locations in 100 cities and 27 countries around the world.

WeWork is opening in RCBC Plaza in August 2019. For more details, you may refer to their website.