When it comes to furniture and design, Kenneth Cobonpue is one of the names we easily associate it with. He has become famous for his works recognized both in the local and international scenes, which made him successful. But all this success did not come to him in just a snap. Here’s a little story of how Kenneth became who he is today. 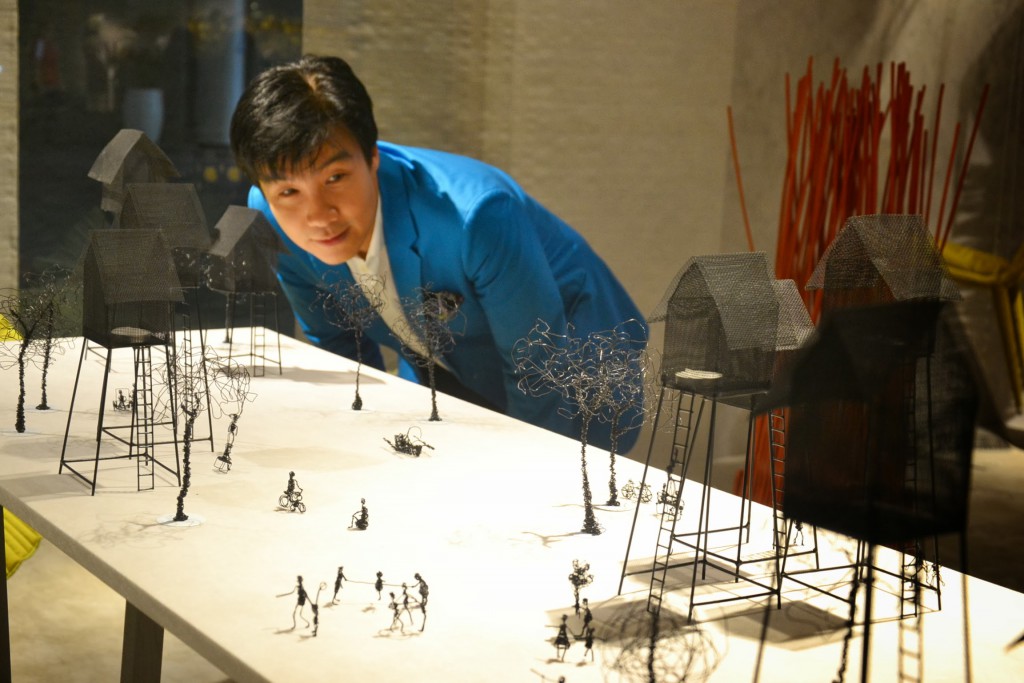 Born in a Chinese family, Kenneth’s father initially wanted him to take up a business course. But ever since he was a child, he knew his heart longed for designing. At an early age, his playground was his mother’s backyard factory. He played with various materials that eventually led him to creating furniture pieces. With this exposure, he became interested in the furniture industry. He joined his mother in attending furniture fairs across the globe.

However, he decided to take up Business course as it was his father’s wish. But since he was really passionate about design, he shifted to Fine Arts in UP Diliman. Although he was really interested in taking up an Arts-related course, he did not get accepted at first. He then took up an Industrial Design course in Germany where he learned more about the profession.

When he came back to Cebu, he saw challenges he had to overcome due to the lack of machines being used in the country. He had to face tough challenges—from low technology, to striving to create his own brand with his designs, to even losing clients. But due to his determination in the field, all these difficulties turned to success, and the rest was history.

Now, Kenneth Cobonpue is recognized worldwide with his own products being noticed by Hollywood celebrities. According to Cobonpue, all these challenges should not be feared but instead, people should see this as an opportunity to do well. With his kind of success story, people will be more inspired to do great in their profession.

Hi, I am a well  known interior and furniture designer who has worked with a company called Admacor in Cebu who made rattan furniture many years ago. We had them make a large quantity of furniture that we dropped shipped to a 5 star  hotel in Africa. I worked with a man named Berned Hankinof ( please forgive spelling). I am looking for him but without any luck.  I have a large high end furniture line and have worked mostly for royal families around the world  and I am considering looking for a partner to produce my line of rare and important antiques reproductions in the philippines. If you know of this person or any companies that want to make the world’s finest furniture, please let me know. At one time we considered working with Maitland Smith but the people here in the US side did not not make us feel comfortable and  they ended up having to sell the company.  They were under the name of furniture Brands which also had other lines as well. You can email me back at sebastianalexander590@gmail.com or call me at 747 270 4373 Los angeles time. I have over a 1000 piece line of the world’s rarest antiques reproductions and have also been the personal designer to the royal family of Brunei for over 30 years and have also have 7 other royal families as constant clients. We have done all of the interior design for their house ina and around beverly hill california we also designed  the Beverly Hills hotel bungalows 1,2,3 (owners bungalows) as well as the Bel air hotel. Both of these hotels are owned by the sultan of Brunei and his brother .We have also done 14 large homes for the family in Beverly Hills as well as many other things. We have either designed or produced furniture for over 200 of the top hotels worldwide. We are also luxury goods designers and design jewelry, handbags, shoes, and virtually anything else you can think of so itf any companies there that are in need of design help we can assist them. Please let us know your thoughts because we are also considering a few other places. Previously we only made everything here in the US in our own factories but we had a large fire that we lost over  ( ten Million dollars US in machinery alone) and it is just too expensive to reinvest here. We have also had other companies which have allowed us to figure out how to bring the price down while keeping the quilty high allowing for more profit or lower prices. Our line will in a short time dominate the world’s high end furniture markets because we not only produced our own furniture but furniture but also for 7 of the 10 top companies in the world and can literally be seen in every publication in the US market. Unfortunately these since have gone out of business due to them consolidating and then grew too fast and went out of business. since we own all of the rights to all of the designs we are posed to dominate the market. please note we are currently a trade company only which means we sell only to interior designers and not to the public but we have plans to change this thus knowing there will be no competition with regards to some of the most famous and beautiful furniture in the world. I would like to come visit again and see what the Philippines has to offer.  thanks you for the time and attention to this emailG.P.Sebastian
PS . if you are not the right person for this and you forward us to some people that may be able to assist us.? thank you.