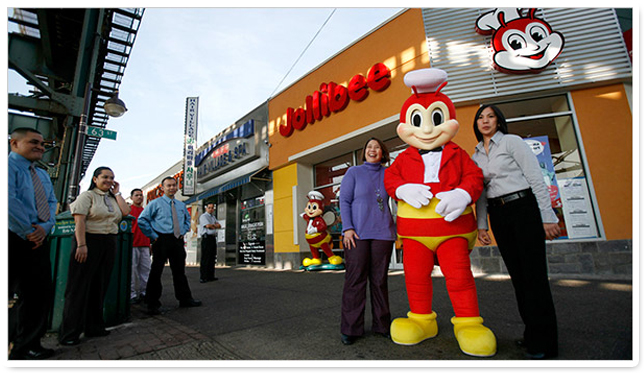 Jollibee is arguably the most successful and iconic Filipino brand of all time. The country’s home-grown fastfood chain is well-loved not only for its food but for the happy experience it gives to its customers, something that is deeply-rooted in the local Filipino culture where eating is something to be enjoyed with family and friends, and being jolly is a way of life. Its tagline ‘Bida ang saya’ (A joyful experience is our main offering) tells us that Jollibee is that happy place where one can savor a crispy chicken with joy, hence the name Chickenjoy!

Known to foster Filipino values, Jollibee has become the favourite destination of kids and kids-at-heart. In the Philippines, children know Jollibee more than any other fastfood brand and see it as a fun treat, often prodding their parents to bring them to Jollibee as a reward for a good deed. Who would’ve thought that the smiling bee will become associated with tasty and quality food, and an important part of the Filipino cultural identity that the whole nation will love?

So how did this giant fastfood that has become almost like a national treasure start?

Before the idea of a fastfood chain was conceived, 22-year-old Tony Tan Caktiong started his luck out with a Magnolia ice cream parlor franchise back in 1975. Over the years, Tony and his family expanded the chain into seven outlets, but not without noticing that people line up more for burgers instead of ice creams. Thus, they decided to capitalize on the trend, offering the Yumburger as one of their signature products. In 1979, they had their first franchise in Sta. Cruz, Manila, signaling the promising future of the business. 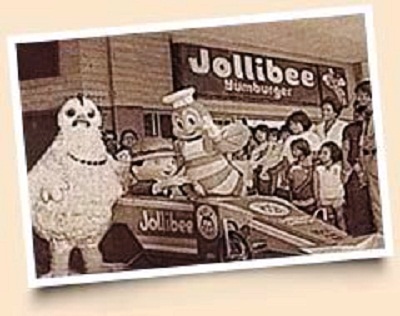 When conceptualizing the name of the business, Tony settled for the image of a red bee with a glowing smile. He emphasized on the hardworking aspect of the insect, coupled with the honey that symbolizes the reaping of good harvest after work. At the start of the 1980s, Jollibee graced the television screens of every home, launching their first TV commercial, the Chickenjoy (its brand of chicken). The Jollibee mascot also made his debut, who instantly became a hit with the kids who cannot keep their hands off their delicious kid-friendly meals.

Its unforgettable and widely successful Langhap-Sarap ad campaign, awarded in the 9th Philippine Advertising Congress as the most effective in the food category sealed Jollibee as a household name. Eventually making it to the list of Top 500 Corporations in the country, Jollibee opened a store in Brunei in 1987, the first fast food outlet outside the Philippines. Now a fastfood giant who has not been toppled even by global brands, Jollibee has continued to expand with its acquisition of Greenwich Pizza Corporation, Chowking, Yonghe King and Red Ribbon Bakeshop. It now even has its own children’s show, the Jollitown!

The beaming red bee continues to become part of the happy moments and joyful meals shared by families and friends in each Jollibee store. Jollibee’s success story is an inspiring proof that Filipinos are not only able to compete with but can very well win over foreign giants by being itself – a Filipino brand with a Filipino heart and spirit. This food company that started small now operates a vast network of 750 stores nationwide and 80 stores outside the Philippines, truly a remarkable and admirable source of Filipino pride and joy.

what is the brand name for the generic drug for viagra in canada https://canadaviagrastore.com/ canada pharmacies viagra

I draw that mascot in a paper. (mafia)