Long ago, people from other countries used to cringe at the “weird” Japanese custom of eating raw fish. But food and culture are constantly evolving, and so are people’s taste buds. Sushi has long since risen in stature, from being an exotic food to becoming a global rock star in the culinary world. With a history that goes back centuries, sushi is perhaps the perfect representative of Japanese cuisine, reflecting the rich cultural heritage and sublime culinary art of the country. 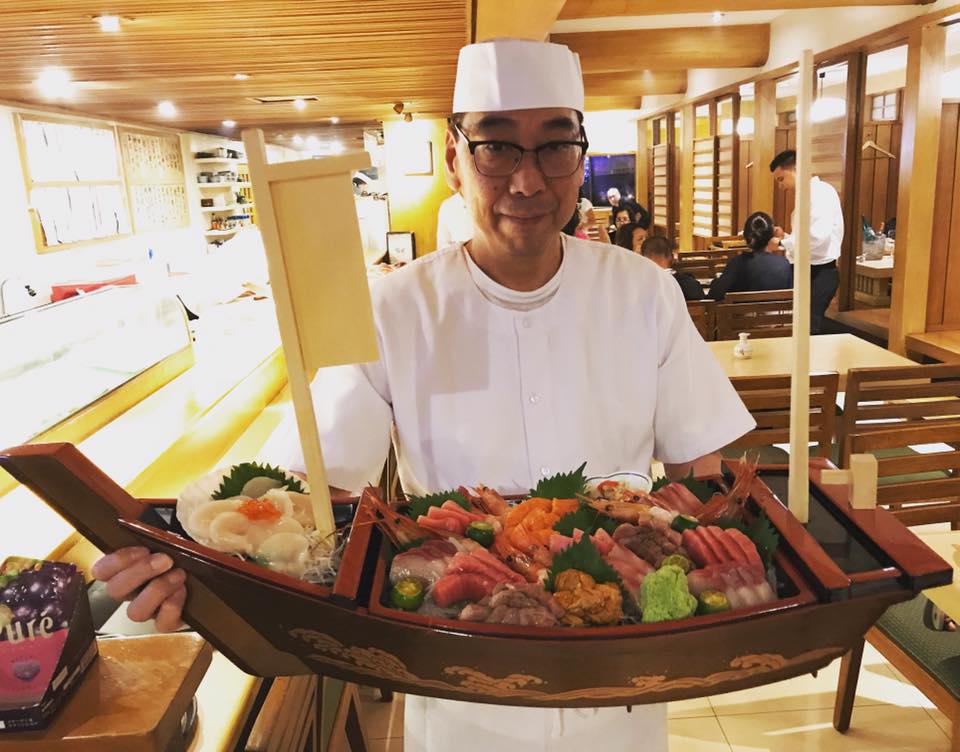 In the Philippines, there are many Japanese restaurants that offer sushi, and claiming that one’s sushi is authentic is just as easy as leading the ignorant on. For beginners, it can be a bit overwhelming to learn about sushi. What you think you know about sushi might not actually be true.

To get the facts straight, we did our own research and approached a sushi expert, Chef Toshiro Okajima of Tsukiji in Makati.

A step back in time

It was in the Edo period (16th to 19th century) when Yohei Hanaya lived to be the father of the iconic dish the whole world is savoring now. Although Hanaya was not exactly the originator of sushi, he was the one that first popularized the specific preparation of sushi wherein fresh fish is hand-pressed atop vinegared rice to be eaten in one bite. It was during his time when sushi became a fast food staple.

This specific sushi cuisine is called the Edomae sushi, the traditional style of Japanese sushi. Edomae literally means “in front of Edo (Tokyo Bay),” which was a major source of fresh fish and seafood in Tokyo. Another meaning of the word is “hard work” which is, for sushi experts, what making a good sushi entails. 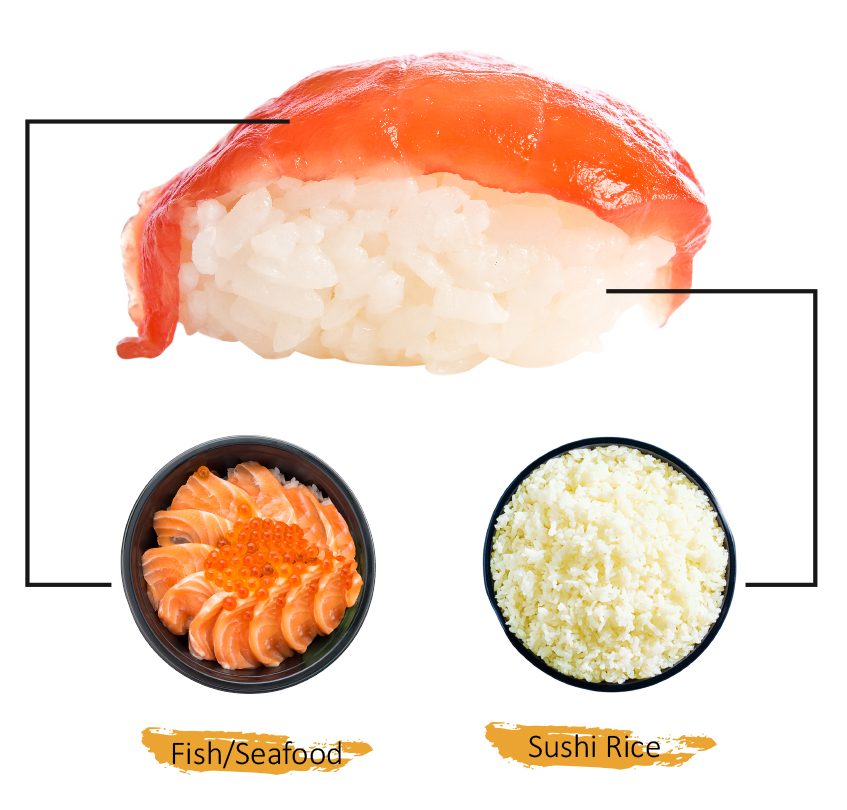 The Edomae or Edo-style sushi is a very simple dish typically made with sushi rice and fresh fish or seafood meat that’s either hand-pressed (nigiri), hand-rolled in seaweed (gunkanmaki or temaki), or rolled in seaweed using a bamboo mat (hosomaki). The meat doesn’t necessarily have to be raw, although it is the most common. Some seafood like octopus, crab, and shrimp are often served boiled. 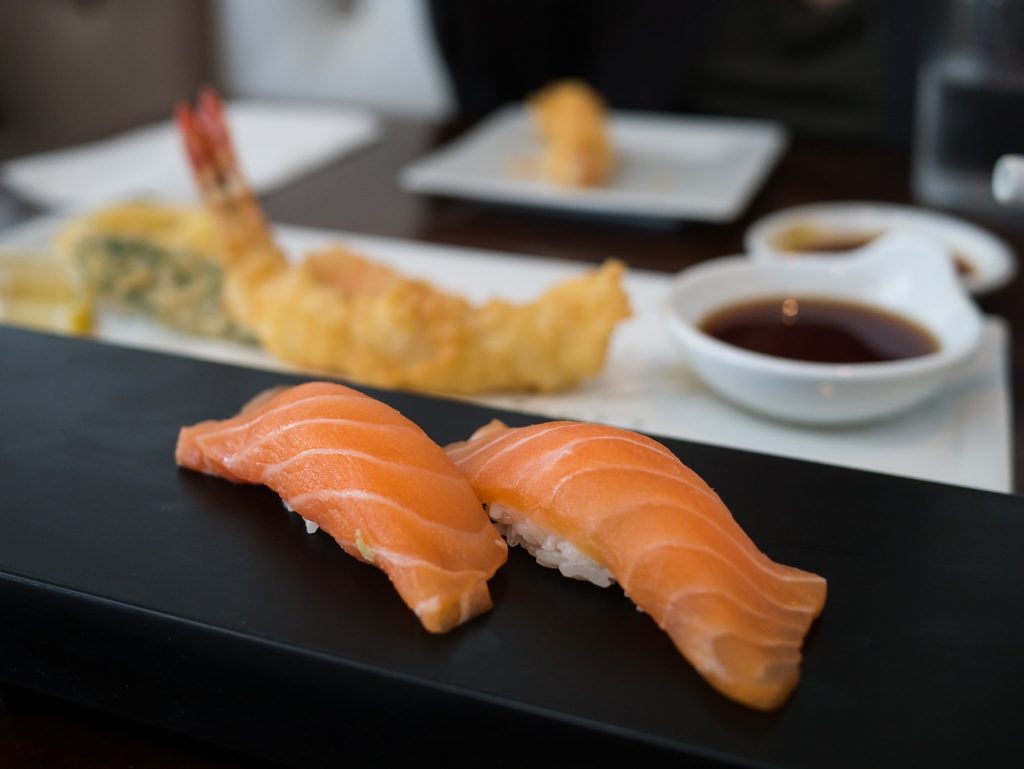 NIGIRI — This original Edo-style sushi is made with a thin slice of fish, seafood or egg hand-pressed atop a rectangular mound of rice. 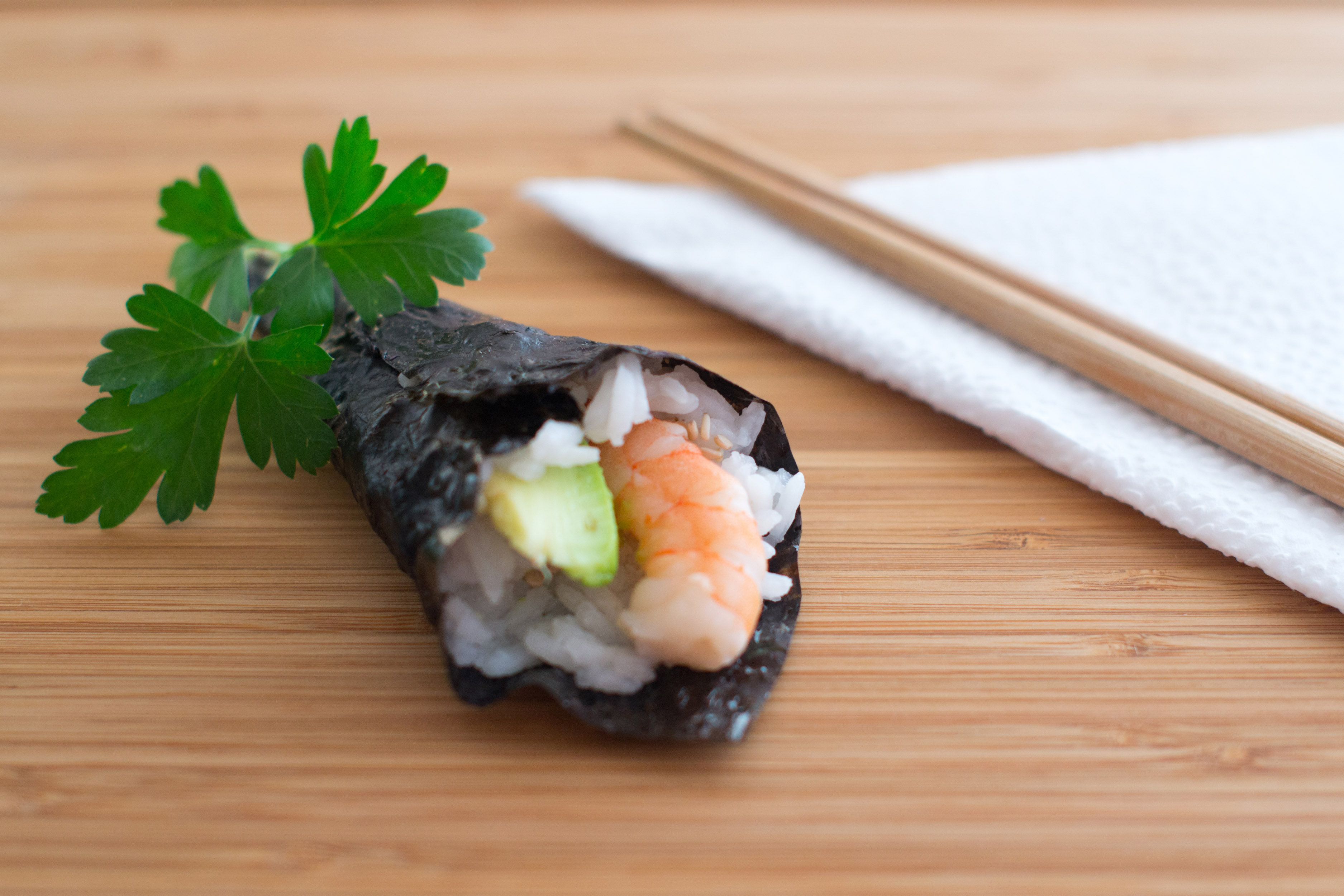 TEMAKI — A hand-rolled sushi shaped like a cone, using nori to wrap the sushi rice and other ingredients. This type of sushi is said to be common in conveyor belt sushi restaurants in Japan. 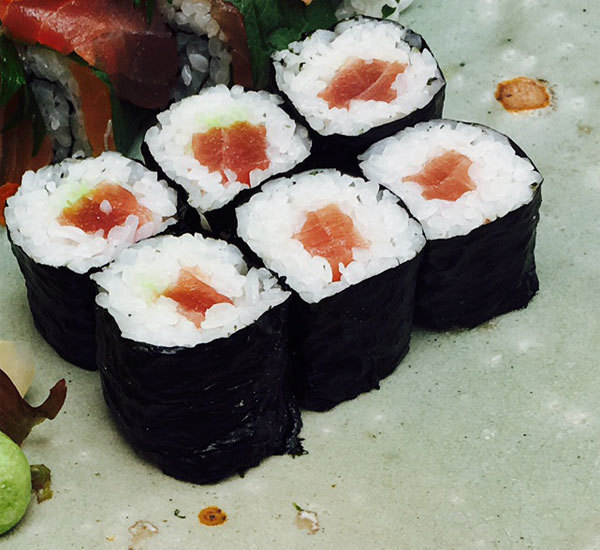 HOSOMAKI — Hosomaki is a thin sushi roll that uses only one type of ingredient rolled in sushi rice and seaweed using a bamboo mat. Thick sushi rolls with more than one ingredient are called futomaki. /IMAGE Japan Centre

In modern times, sushi has evolved into different varieties, taking Western twists like using beef or bacon and packing a lot of different ingredients like cheese, fruit slices, mayonnaise, and savory sauces. For Chef Okajima, there is no problem calling these modern variations as sushi. After all, food evolution is inevitable. But if you’re looking for a purely authentic Japanese experience, then you should turn your gaze back to Edo-style sushi like nigiri and hosomaki.

Sashimi is not sushi, California roll is sushi but not Japanese 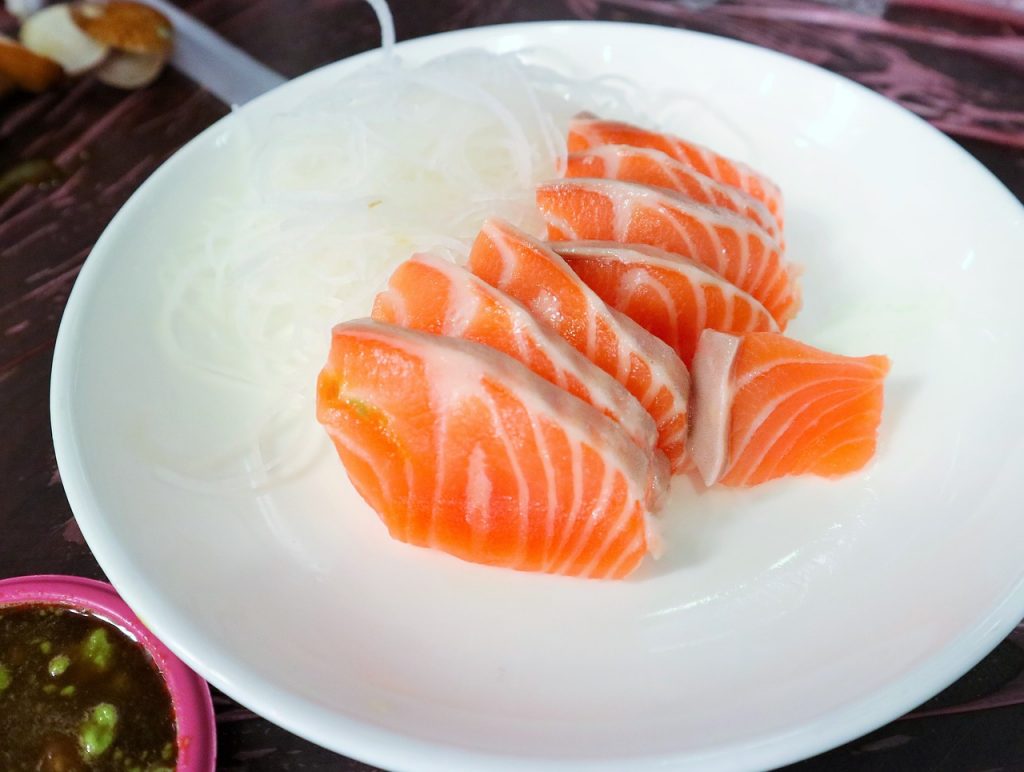 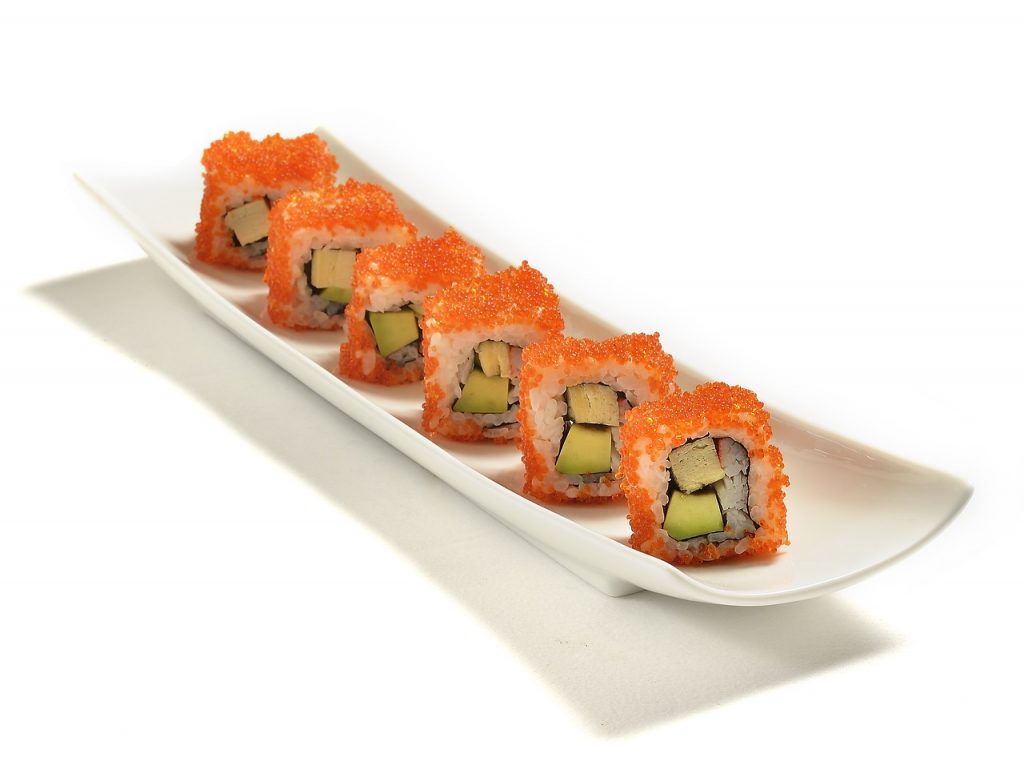 Many people confuse sushi with sashimi, often using the two words interchangeably. They are, however, two unique Japanese delicacies. The main difference is that one does not use rice while the other uses a special kind of rice. Sashimi is just thinly sliced raw fish or meat served without rice.

California roll or California maki, on the other hand, is a Western adaptation of the Japanese sushi. Back when people shunned the idea of eating plain raw fish with rice, California roll was invented to appeal to the Westerners. It’s not made with fresh raw fish but rather crab meat or crab sticks with avocado and cucumber, and then rolled with nori (seaweed) on the inside and sushi rice on the outside.

There are claims that California roll was invented in the 1970s by a Japanese chef in Los Angeles, California, specifically to cater to the North Americans.

No more second-guessing: how to eat sushi like a pro 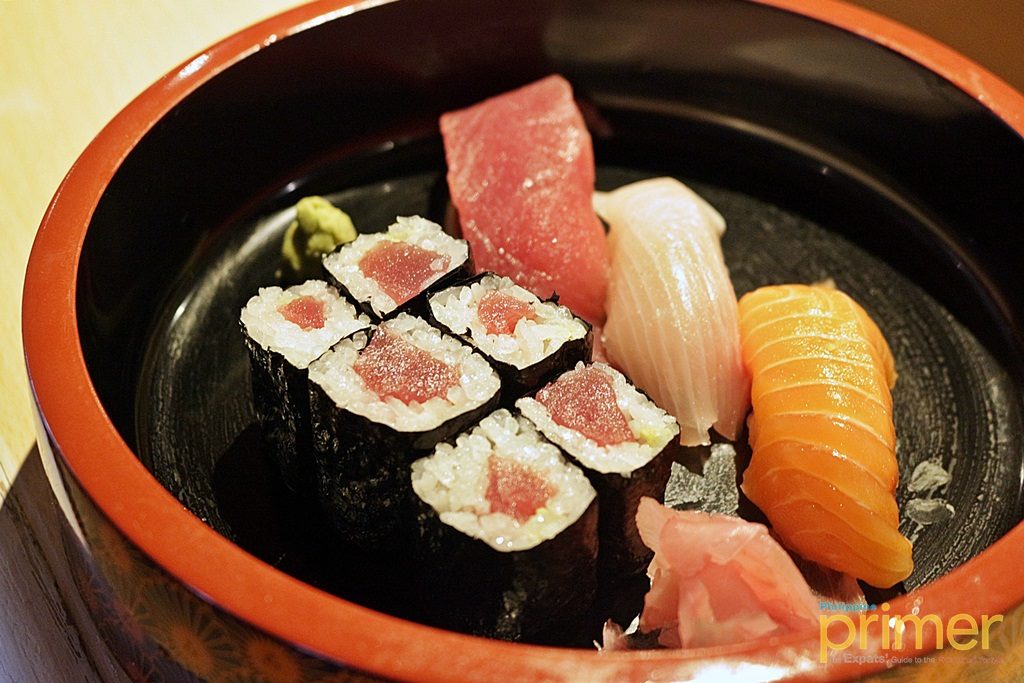 Sushi is usually served with shoyu (Japanese soy sauce), a mound of wasabi, and gari (thin slices of young ginger). Now, here’s how each of these garnishes works.

Wasabi is not meant to be mixed with shoyu. You take a pinch of wasabi onto the fish using your chopstick. Be aware that a typical sushi would already have wasabi between the rice and the fish to give an antibacterial effect. If you prefer not to have wasabi in your sushi, you should ask the chef beforehand.

The gari is not an extra topping for your sushi and therefore not meant to be eaten together with it. Instead, it serves as a refreshing palate cleanser. It can also be used to apply some shoyu on your sushi.

When dipping in the shoyu, dip only the fish/meat part and not the sushi rice as its form might easily disintegrate.

The Japanese way of eating sushi is with the use of hands. Pick up your sushi, dip it in the shoyu, and eat it in one bite. Don’t be afraid to use chopsticks though, as this is not a strict practice, according to Chef Okajima.

In the end, you can eat your sushi in whatever way you like. These tips, however, are good to keep in mind as a common etiquette, and practicing these can make an impression that you are well-versed in sushi—a nice way to impress the chef, a date, or a business partner!

Moreover, Chef Okajima also advised eating your sushi as soon as it arrives on your table. Sushi is prepared quickly and efficiently by the chef so that much of the freshness is retained, so when it arrives at your table, it is also best to savor the freshness before you resume your friendly conversations.

What to say at a sushi restaurant 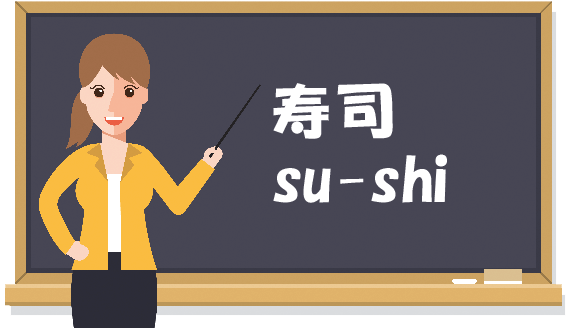 Level up your game by using these expressions the next time you find yourself at a Japanese restaurant with a Japanese chef or staff!

おまかせします
Omakase shimasu.
Please choose for me. (Commonly said to the sushi chef)

これは何ですか？
Kore wa nan desu ka?
What is this?

いただきます!
Itadakimasu!
Thanks for the food! / Let’s eat! (An expression before eating)

ごちそうさまでした!
Gochisosama deshita!
Thanks for the meal! (Commonly said after eating, usually before leaving the restaurant) 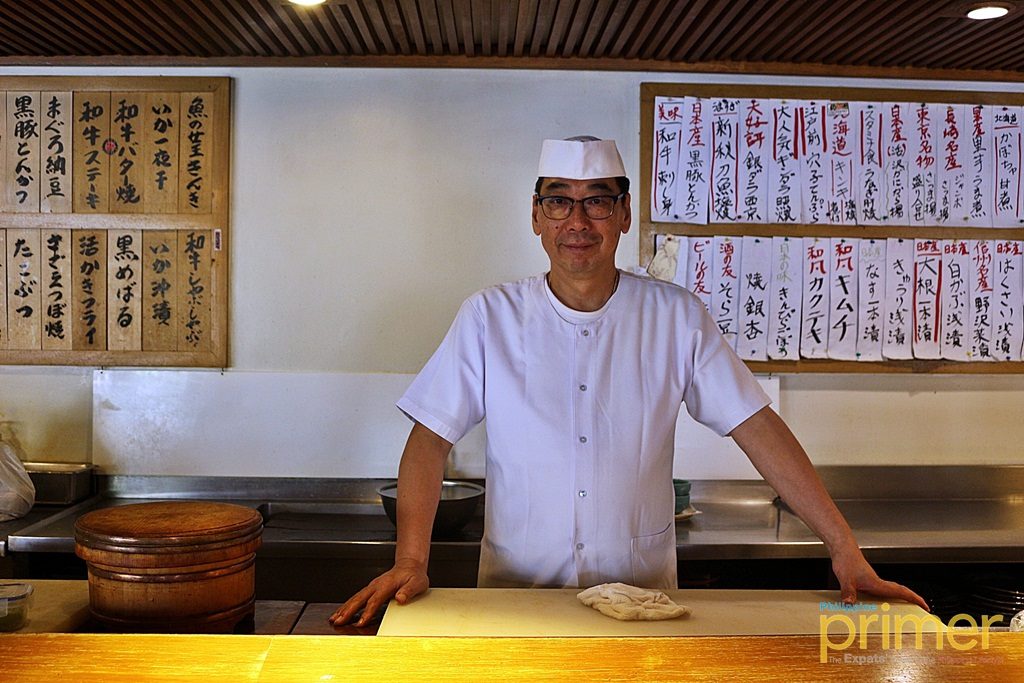 The information in this article has been mainly gathered from an interview with Chef Toshiro Okajima of Tsukiji and the book A Visual Guide to SUSHI Menus published by Nihon Bungeisha, along with supplementary research.

Chef Toshiro Okajima, a Tokyo native, has been leading the sushi counter of Tsukiji restaurant in Makati for over 20 years. He began his career at the historic, world-famous Tsukiji fish market in Tokyo, one of the biggest wholesale fish and seafood markets in the world.